🗳️ Welcome to our Politics feed where we Tag important topics and Flag key takeaways. 📭 Sign up to our nonpartisan newsletter to have these stories delivered directly to your inbox every morning. 📷 Cover: Puerto Rican Flags.

More than a century after the United States acquired Puerto Rico, a 2017 Morning Consult poll conducted after the devastation of hurricane Maria revealed that only 54% of Americans knew Puerto Ricans were citizens.

Today, being born in Puerto Rico is tantamount to being born in the United States. But it wasn’t always that way, and a lot of ambiguity still remains.

I coordinate the Puerto Rico Citizenship Archives Project, which is part of an ongoing collaborative project to document and clarify the laws around citizenship for Puerto Ricans and the residents of other territories.

For the first time, we’re making available to the public all citizenship legislation debated in Congress between 1898 and today in a web-based archive.

These archives show that, while Congress enacted laws granting a native-born citizenship status to people born in Puerto Rico, U.S. law still describes Puerto Rico as an unincorporated territory that can be selectively treated as a foreign country in a constitutional sense.

This contradiction is at the heart of a range of discriminatory laws and policies used to govern Puerto Rico and the more than 3.1 million U.S. citizens living on the island.

The state of Puerto Rico

Debates over the citizenship status of people born in Puerto Rico are usually centered around the territorial status of Puerto Rico.

The United States annexed Puerto Rico during the Spanish-American War of 1898. Between 1898 and 1901, U.S. academics, lawmakers and other government officials began to invent a new tradition of territorial expansionism. It enabled them to strategically annex territories throughout the world like Guam, American Samoa, the U.S. Virgin Islands and the Commonwelth of the Northern Mariana Islands, for military and economic purposes without binding Congress to grant them statehood.

To support this effort, they also created interpretations of the Constitution that would allow them to govern Puerto Rico and the other territories annexed during the Spanish-American War. 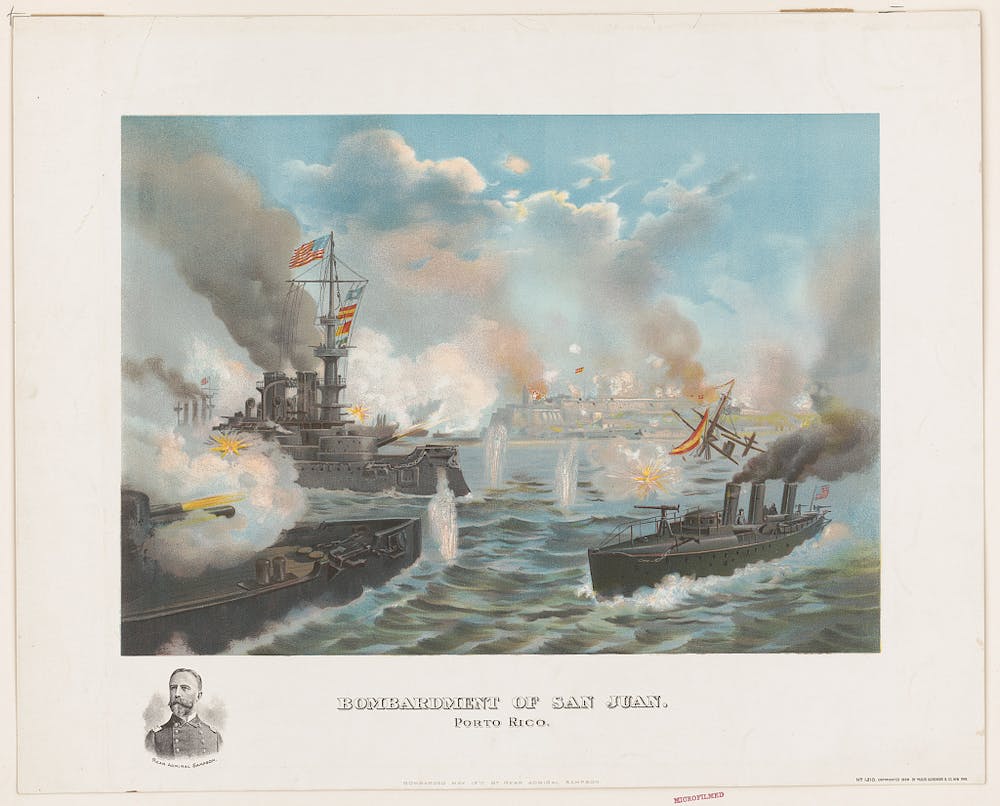 As the Supreme Court first established in Downes v. Bidwell in 1901, territories annexed after 1898 – those mostly inhabited by nonwhite populations or so-called “alien races” – would be ruled as “unincorporated territories,” or territories that were not meant to become states.

In Downes, the court was asked to rule on the constitutionality of a tariff on goods trafficked between the island of Puerto Rico and the mainland imposed by the Foraker Act, a territorial law enacted to govern Puerto Rico in 1900. Opponents of the tariff argued it violated the Uniformity Clause of the Constitution, which barred tariffs on goods trafficked within the United States.

A majority of the justices, however, concluded that Puerto Rico was not a part of the U.S. for the purposes of the Uniformity Clause and affirmed the tariff. In effect, the U.S. treated Puerto Rico as a foreign country.

A lingering question in this case was: How does the Constitution apply to unincorporated territories? Specifically, does the Citizenship Clause of the 14th Amendment apply?

Supreme Court Justice Edward D. White partly addressed this question when he wrote a concurring opinion in Downes v. Bidwell, the opinion that has since defined the constitutional status of Puerto Rico. His opinion is regarded by scholars as the source of the doctrine on territorial incorporation. The doctrine contains three basic elements.

Second, White argued that only fundamental constitutional rights are guaranteed in unincorporated territories, not the full application of civil rights. The Court also affirmed the power of Congress to enact legislation extending or withholding constitutional provisions, including the right to citizenship, a civil right.

Third, unincorporated territories can be selectively governed as foreign locations in a constitutional sense. That means that so long as Congress is not violating the fundamental constitutional rights of Puerto Ricans, Congress can choose to treat Puerto Rico as a foreign country for legal purposes.

Because Puerto Rico can be a foreign location for constitutional purposes, birth in Puerto Rico, according to Downes, is tantamount to birth in a foreign country.

The prevailing consensus to this day is in line with White’s interpretation of the status of Puerto Rico – that the Citizenship Clause of the 14th Amendment does not extend to Puerto Rico. Since the Downes ruling, for 119 years, Congress has governed Puerto Rico as a separate and unequal territory. 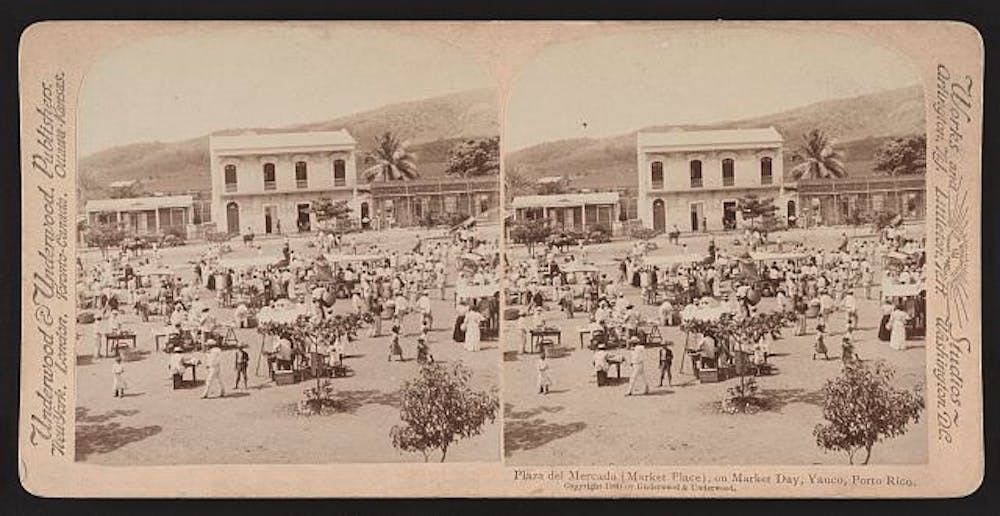 A marketplace in Yauco, Puerto Rico, in 1900. Library of Congress

Notwithstanding, as my research shows, soon after, individual Puerto Ricans began acquiring a U.S. citizenship by way of naturalization.

For example, Puerto Rican women who married U.S. citizens were automatically naturalized under the law of Coverture and their children acquired their father’s citizenship. Also, in 1906, Congress included a section in the Bureau of Immigration and Naturalization Act that waived the requirement to renounce an allegiance to a sovereign state, allowing Puerto Ricans to acquire a naturalized citizenship.

In 1917, Congress passed the Jones Act, which included a collective naturalization provision. It enabled people living in Puerto Rico to choose between keeping their Puerto Rican or other citizenship, or acquiring a U.S. citizenship. Because the Jones Act did not change Puerto Rico’s territorial status, people subsequently born on the island were considered U.S. citizens by way of “jus sanguinis” (blood right), a derivative form of U.S. citizenship.

In other words, people born in Puerto Rico were born outside of the United States, but still considered U.S. citizens.

Yet, despite the fact that Congress anchored the birthright citizenship legislation for Puerto Rico on the 14th Amendment, the prevailing consensus among scholars, lawmakers and policymakers is that Puerto Ricans are not entitled to a constitutional or 14th Amendment citizenship status.

While Puerto Ricans are officially native-born U.S. citizens, the territory remains unincorporated or foreign for constitutional purposes. This contradiction has enabled the governance of Puerto Rico as a separate and unequal territory that belongs to, but is not a part of, the United States.

Historically, the Supreme Court has refused to establish what is the constitutional source of the citizenship extended to Puerto Rico and the other territories. In December 2019, a U.S. District Court Judge for the District of Utah ruled that the 14th Amendment applied to American Samoa, a territory that still confers a non-citizen or nationality status on people born in this territory. Perhaps this case will motivate the Supreme Court to resolve this century-old debate.

Editor’s note: This is an updated version of a story that originally ran on March 17, 2017.

Charles R. Venator-Santiago, Associate Professor of Political Science and El Instituto, University of Connecticut. This article is republished from The Conversation under a Creative Commons license. Read the original article. Be sure to sign up for Tag The Flag’s nonpartisan newsletter to have articles like this delivered directly to your inbox every weekday morning.