🌎 Welcome to our Geopolitics feed where we Tag Flags from all over the world and highlight key takeaways. 📭 Sign up to our nonpartisan newsletter to have these stories delivered directly to your inbox every morning. 📷 Cover: Golden Knights host joint training with other services, British Army. Public Domain.

With Boris Johnson hailing parliament’s vote towards Britain leaving the EU on January 31, there is a general consensus among the country’s leaders that there will be an intimate trading relationship with the US after Brexit. But whenever the question of a deal comes up in the media, there is usually much talk of stumbling blocks.

There is the war of words between UK chancellor Sajid Javid and US treasury secretary Steven Mnuchin over a digital tax on American companies in the UK, for instance. Or fears that the NHS will be sold off to US healthcare giants.

Much is also written about the difficulty the UK faces in steering a course between its EU neighbours and the overwhelming political might of Washington. For example, will the UK have to abandon the Iran nuclear deal to win free-trade concessions from America?

In light of the “special relationship”, you might wonder how these trade negotiations can be so testy before they are even underway. As my recent book suggests, the conflict may well lie in the historic trading relationship between the two countries. Much as Britain and America are “two nations divided by a common language”, they are also divided by their understanding of trade. To comprehend this, you have to go back to the American Revolution and beyond.

The misunderstandings began the moment that English government officials tried to get 17th-century colonists to pay customs duties to William III on the tobacco, alcohol and sugar they were trading. These settlers were trading with everyone from Native Americans to the French and Dutch, and were soon breaking the rules on what they owed the Crown.

Customs officials failed miserably to stop the settlers trading free of government regulation. The stream of letters from colonial officers to London noting a general refusal to follow the rules suggests it was widespread. The Earl of Bellomont, governor of New York until 1700, complained that America was “naturally cut out for unlawful trade”.

This behaviour grew exponentially in the 18th-century as Britain’s American colonies expanded. Some settlers even began to believe this was the natural way that trade functioned, arguing merchants should be free to do business without any government interference. As Philadelphia newspaper editor William Bradford put it, many thought that “trade should regulate itself”.

The perception of commerce in Britain was that the government had a central role as regulator and tax collector for the Crown. Colonial officials like Thomas Pownall, governor of Massachusetts Bay, insisted that Americans’ dealings should be taxed to answer Britain’s “commercial interest”. Scottish economist Adam Smith might have advocated American-style free trade in his 1776 Wealth of Nations, but he was very much an outlier in Britain at the time. 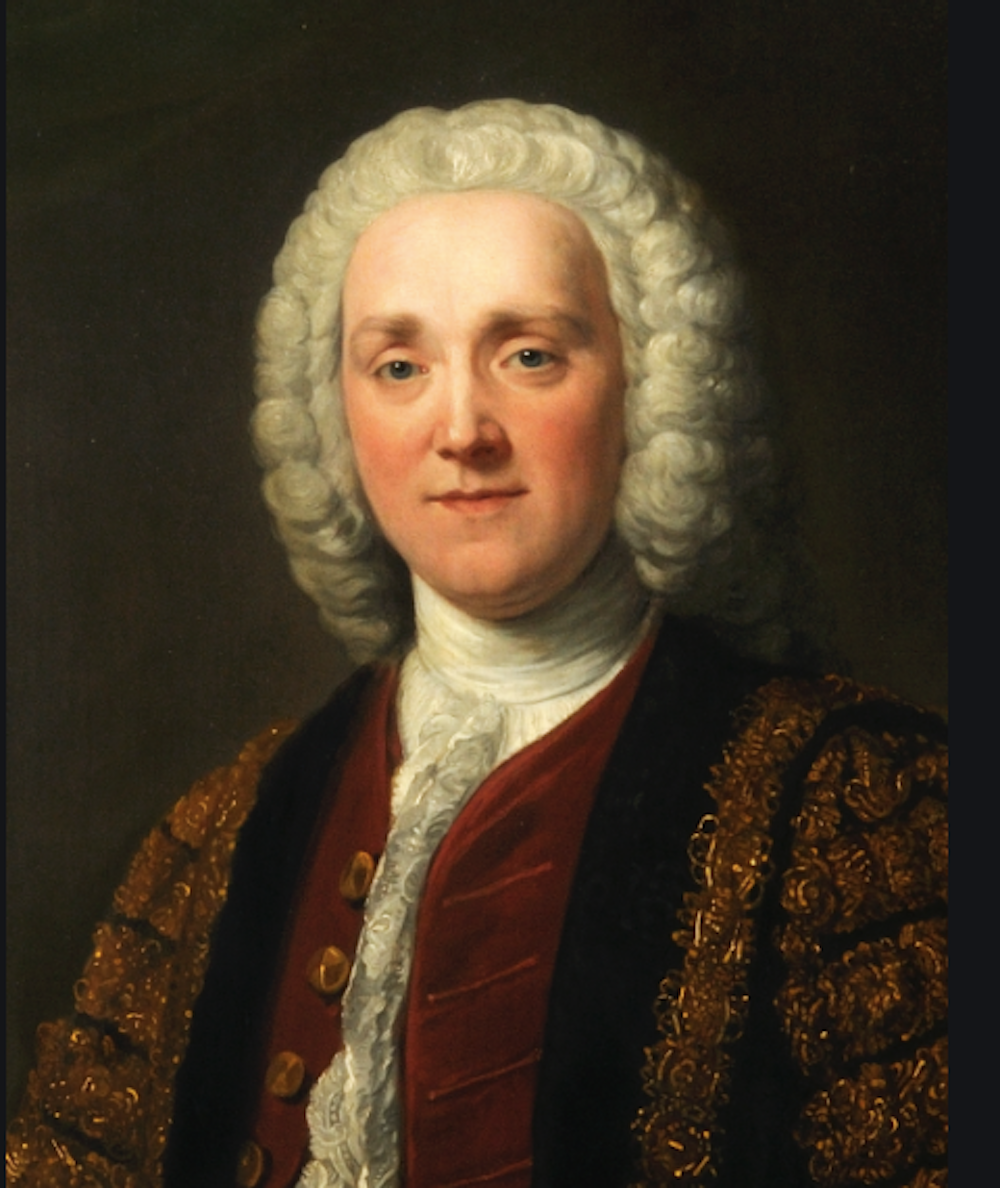 Like all revolutions, America’s had many causes. Chief, however, was Americans’ love of their “free” trade, which boiled down to a refusal to accept Britain’s right to profit from their entrepreneurism. By the time the US ratified its constitution in 1789, Americans had become highly protective of their right to trade, invest and deal exactly as they wished.In 1763, victory over France in the Seven Years’ War made Britain the supreme power in the Americas. She was free to trade profitably with its American colonies, except for tax-dodging colonists skimming the potential income. Poor tax revenues from colonial trade, plus a huge bill for the war in America, prompted British Prime Minister George Grenville to pass the Stamp Act of 1765. After this new direct tax was imposed on the colonies, we know what happened. 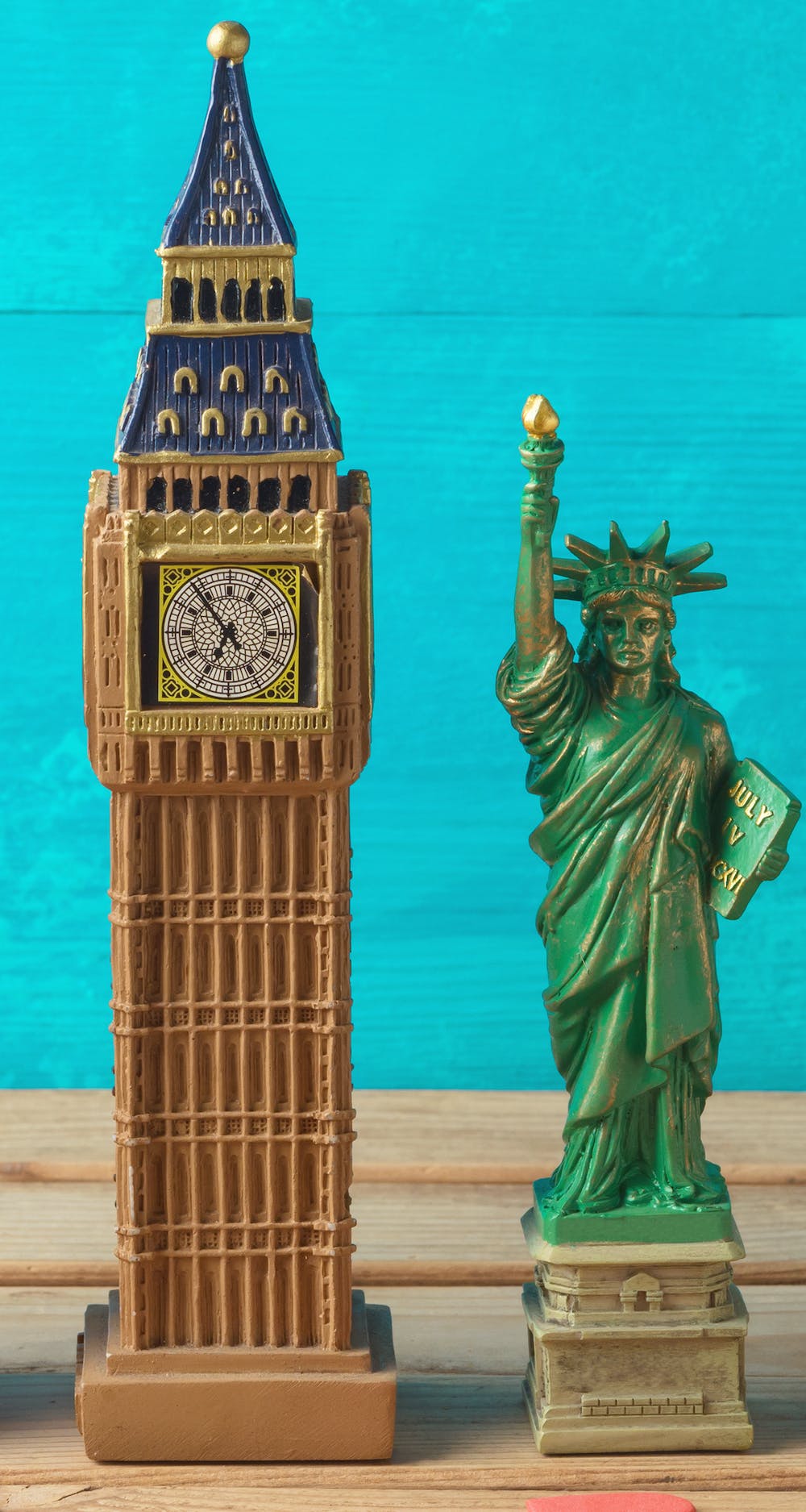 Washington’s view of American interests has inevitably ebbed and flowed over the years. An alternative belief in international cooperation arguably reached a high watermark under Franklin D Roosevelt in the 1940s, albeit still with strong emphasis on free trade.Britain continued its close trading relationship with the US in the 19th century. English cotton manufacturers relied on slave-grown cotton, for example. But such dealings were now premised on Americans’ understanding that British commercial interests could never be imposed to their detriment. If there were attempts to introduce tariffs, the cotton would be sold elsewhere.

But Donald Trump’s Make America Great Again “philosophy” strongly echoes the nation’s 18th-century mindset. His trade war with the Chinese and threats to other partners such as the EU stems from the same old prioritisation of US trading freedoms. The current American threat to impose tariffs on British car exports in the row over the digital tax is no different.

Of course, the Anglo-American relationship has rarely played out in isolation to world events. Today, Britain no longer has an empire to lean on. It can’t abandon the US to build a powerbase elsewhere, like it did in India and the Caribbean after the loss of America in 1783. Nor can it rely on that mature empire as it did when America’s international might expanded at the end of the American civil war.

Boris Johnson and his allies have proposed an “Empire 2.0” free-trade model for a post-Brexit Britain with open trading relationships with the former colonies. This misunderstands how trading actually worked when the UK had an empire. Free trade was an illusion, achieved by diktat by the colonial master, underpinned by heavy government intervention.

Boris Johnson and his negotiators are therefore mistaken on two fronts. There was no halcyon period of British free trade, and the concept means a different thing to the Americans anyway. Failure to realize this risks a trade deal that Britons find as hard to stomach as a tikka masala made with chlorinated chicken – if this is even avoidable.

The best hope is to recognize the weakness of the British 21st century negotiating position and be mindful that American tetchiness towards the former colonial power is probably never far from the surface. It will be necessary to flatter the Americans, speaking their language of free trade as well as the British version, and somehow promoting British interests without seeming to damage those of the US. With that approach, the UK may yet secure the best deal that is realistically available.

Emma Hart, Senior Lecturer in American History, University of St Andrews. This article is republished from The Conversation under a Creative Commons license. Read the original article. Be sure to sign up for Tag The Flag’s nonpartisan newsletter to have articles like this delivered directly to your inbox every weekday morning.