🌎 Welcome to our Geopolitics feed where we Tag Flags from all over the world and highlight key takeaways. 📭 Sign up to our nonpartisan newsletter to have these stories delivered directly to your inbox every morning. 📷 Cover: Public Domain.

Britain will shortly leave the European Union. So that’s it. Brexit is over, right?

Wrong. To channel former British Prime Minister Winston Churchill – as every leading Brexit supporter seems to want to do – “This is not the end. It is not even the beginning of the end. But it is, perhaps, the end of the beginning.”

Although Britain formally leaves the European Union on Jan. 31, little will change until the end of the year. Britain will still adhere to the four freedoms of the tariff-free single market – free movement of goods, services, capital and people – as well as rulings from the European Court of Justice. This transition period is intended to give Britain and the EU time to arrange their post-Brexit relationship.

The EU wants to extend the transition period to 2022, in order to ensure a comprehensive deal. However, Boris Johnson, the British prime minister, has promised to wrap negotiations up by Christmas.

I am a historian who studies the effect Brexit is having on British society and culture. It is clear to me that Johnson and the country face two problems. First, Brexit supporters want to leave the EU quickly. But they have different – and conflicting – goals they want Brexit to accomplish.

Critics who believe the EU too closely regulates business hope Brexit will turn their country into a buccaneering, deregulated, low-tax, free-for-all economy they call “Global Britain.”

Other Brexit supporters, worried that Britain had surrendered its sovereignty to the EU, want to reassert control over immigration policy and halt European Court of Justice rulings that place EU law above British law.

White, working-class supporters of Brexit, particularly those who used to vote for the center-left Labour Party, have different expectations. They hope for a return to the high-wage, export-driven economy of the period from 1945 to 1979, supported by nationalized industries and government subsidies for private enterprise, which promoted full employment and a comprehensive welfare state.

In the December 2019 general election, these voters came together to give the center-right Conservatives an 80-seat majority in Parliament.

But this electoral coalition is unwieldy. It reflects the way that now, a person’s opinion on Brexit largely determines how they vote.

In 2019, a slight majority of British voters backed parties that wanted to prevent Brexit or maintain a close relationship with the EU. Those votes were shared between Labour, the Scottish National Party, the Greens and the centrist Liberal Democrats.

But voters who wanted Brexit, irrespective of how they had voted before, had just one choice: to opt for the Conservatives.

Conflicting views of the EU

The U.K. government has tried to balance the competing interests of its electoral coalition.

Ministers have promised policies that will appeal to former Labour voters who last year shifted to the Conservatives: more funds for the National Health Service and investment in declining industrial regions.

However, if this is the plan, no one has told Sajid Javid, the chancellor of the Exchequer. Javid, the British equivalent to the U.S. treasury secretary, recently stated that Britain should diverge from EU “regulatory requirements” designed to address health, safety and environmental concerns. The EU could respond by excluding British products from its markets, making the prospect of catastrophic economic damage from Brexit more likely. This would make it harder for the government to generate the revenue to support its spending promises. 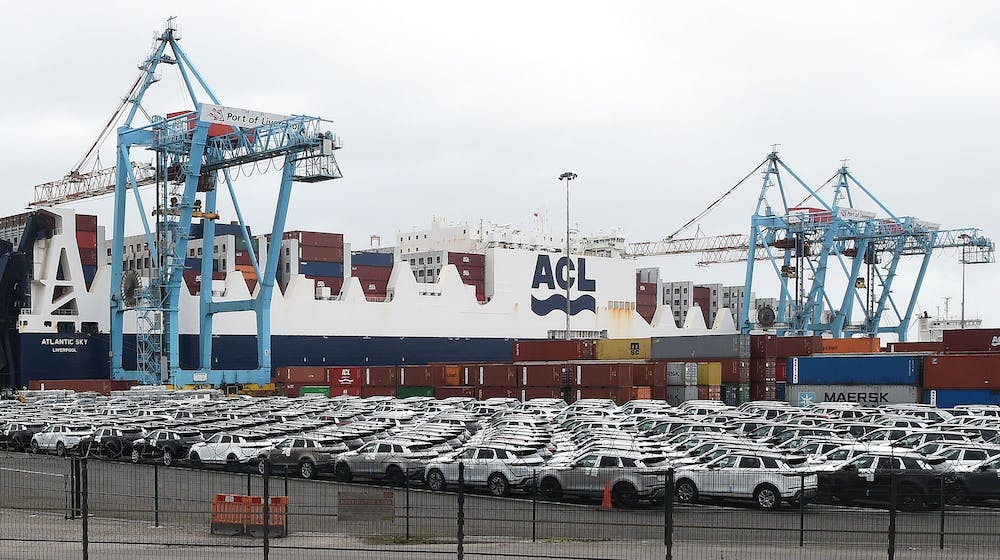 British exports, including these Land Rover and Range Rover vehicles ready for shipping out of Liverpool, may be in less demand after the U.K. leaves the EU. Paul Ellis/AFP via Getty Images

The difficulties Britain faces reflect the ways in which pro-Brexit voices in government and the media have presented relations with the EU to voters.

Traditionally, British policy toward Europe had one clear purpose: to prevent any one power from dominating the continent. Despite real differences about the outcome of EU withdrawal, Brexit supporters generally see the EU as a singular power that dominates the continent, threatening British interests and sovereignty.

This analysis results in a misreading of history, presenting Britain as apart from Europe, not a part of Europe. In reality, the U.K. has always involved itself in European affairs, if only to shape the continent to its liking.

For instance, in the mid-1980s, the British economy was growing rapidly, but European economies were faltering. Prime Minister Margaret Thatcher’s administration argued that her country’s experiments with financial deregulation and privatizing nationalized industries were the difference.

The U.K. encouraged its European neighbors to follow these policies, which resulted in the establishment of the tariff-free Single Market in 1993.

The Single Market has benefited Britain. Currently, the EU accounts for 45% of British exports in goods and services. Britain sends to Europe around US$350 billion worth of food, pharmaceuticals, vehicles, financial services and other products a year.

But paradoxically, Brexit may well leave Britain marooned in its long-feared predicament: subject to the whims of larger powers.

Once it is no longer in the EU, no matter how close Britain is to the EU’s single market, its influence will fade. In order to trade, Britain will have to accept EU rules, but will not have a role in setting those rules. If it diverges from EU regulations and standards, it closes off itself from European markets.

Some of the architects of Brexit argue that renewed links with the former British Empire, especially India and the so-called “Anglosphere” – including Australia, Canada and New Zealand – could make up for the loss of EU markets.

This belief draws on a deep well of pride and nostalgia for imperialism.

Unfortunately, it is not reciprocated by those living in the former empire.

Recent talks with Australia fell apart over British demands for free movement of people between the two countries. The Australian government worried that this would lead to the U.K. trying to poach skilled workers, particularly doctors and nurses who could staff the perpetually understaffed National Health Service.

Canada already has a large, rich market on its doorstep – the U.S.

India has made clear that a trade deal would have to be accompanied by looser immigration restrictions. Other nations would be justified in making the price of “Global Britain” an overdue reckoning with the atrocities of empire.

Nor are these markets particularly lucrative. The combined size of the Australian, Canadian and New Zealand economies is about $3.3 trillion. This is only $500 billion more than annual British GDP. The Indian economy is of a similar size to that of the U.K. By contrast, the EU generates $18.7 trillion of economic activity a year.

None of this is to suggest that Brexit cannot be a success. But Britain is in a geopolitical pickle. It is reasserting itself as a nation-state at precisely the moment in which the world is reorganizing itself into powerful multi-national alliances and trading blocs.

[You’re smart and curious about the world. So are The Conversation’s authors and editors. You can get our highlights each weekend.] Luke Reader, Teaching Fellow, History Department, Case Western Reserve University. This article is republished from The Conversation under a Creative Commons license. Read the original article. Be sure to sign up for Tag The Flag’s nonpartisan newsletter to have articles like this delivered directly to your inbox every weekday morning.