No Laughing Matter: At the box office, “Joker” took the lead in the Oscars race with 11 nominations. “1917,” “Once Upon a Time…in Hollywood” and “The Irishman” got 10 each. And most notably, Netflix picked up a leading 24 nominations, marking the first time that the company has earned more than any major studio or specialty distributor according to The Hollywood reporter.

One thing to note: this means that Massachusetts Gov. Deval Patrick is now the only black candidate left in the race. One of the major takeaways from the last debate was the “lack of diversity” on stage, and as we gear up for the seventh Democratic debate of this cycle—and the first of the election year—identity increasingly seems to matter to the Democrats as evidenced by mudslinging between Bernie Sanders and Elizabeth Warren. According to CNN, “Sanders told Warren in a private 2018 meeting that a woman can’t win”, (which Warren later confirmed) setting the stage for what could be an epic battle between the two as they both look to court the far-left wing of the party. As for Sanders, he denied saying this to Warren and blamed the story on “staff who weren’t in the room [who] are lying about what happened.” CNN will co-host the debate tonight with The Des Moines Register and broadcast the event live from 9 to 11 p.m. EST. – CNN / TIME / Axios

Where Are All the Cali Kids?
New York, California, and Illinois have been hemorrhaging residents, Bloomberg’s Justin Fox writes. “Almost 3.2 million more people left those states for elsewhere in the U.S. than arrived from other states, from 2010 through 2019, according to population estimates released last week by the Census Bureau”. So where are all these people going? Fox’s report shows that Texas, Nevada, and Washington were the top three states Californians were moving to, with Florida being another top destination for all three states listed above. Fox notes that “income-tax-free Florida sure is attracting a lot of affluent people from Illinois and New York”, but that housing costs, commutes and job opportunities could also be playing a role. – Bloomberg (Article Limit)

America Drank Less Wine for First Time in 25 Years
America’s love affair with wine is waning, Saabira Chaudhuri writes for the Wall Street Journal. “Americans drank less wine last year, the first such drop in a quarter of a century, as millennials opt for alternatives like hard seltzers, cocktails and nonalcoholic beer. The volume of wine consumed in the U.S. declined by 0.9% in 2019, the first time it has fallen since 1994.” Why it matters: The shift away from wine is being blamed on Millennials. “They don’t subscribe to wine magazines, they don’t trust wine scores and they don’t buy into online reviews”, Susan O’Brien from Forbes adds. Big Picture: In general, Americans are drinking less alcohol amid rising concerns about health and competition from other beverages such as ready-to-drink tea, sparkling water, and coffee. – WSJ / Forbes 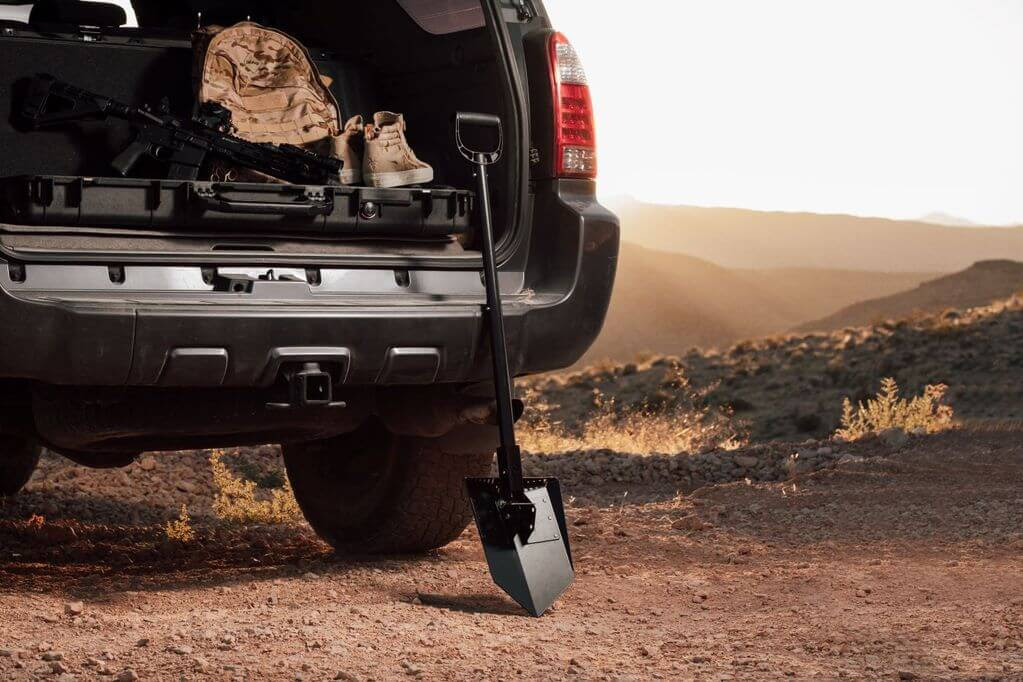 Full-sized. Fully-collapsible. American-made from premium materials. This is THE shovel for off-road and survival. Choose from Agate Grey, Punk’n Orange, Chrome, or Rebelle Blue→

Iran Denies Shooting At Anti-Government Protesters Angry Over Jetliner Downing
Iranian demonstrators, angry that their government accidentally shot down a passenger plane, took to the streets for a third day on Monday. Videos from these protests appear to show security forces using live ammunition against demonstrators, something that Iran’s government has denied. Shifting the Blame: President Hassan Rouhani’s government on Monday faulted the military for misinforming the Iranian people, saying it had only received the investigation results on Friday evening, more than two days after the plane went down. Why it matters: the newest protests represent a sharp break from the mass demonstration of national unity a week ago, when hundreds of thousands of Iranians gathered in funeral processions for Maj. Gen. Qassem Soleimani, who was killed in a U.S. drone strike in Baghdad. – WSJ / NPR

Queen issues statement on Meghan Markle, Prince Harry after family talks, agrees to part-time move to Canada
The Queen has agreed on a “period of transition” in which the Duke and Duchess of Sussex will spend time in Canada and the UK, the BBC reports. From The Experts: Historian Robert Lacey noted that the Queen’s statement was unusually personal which indicated that her regret over Harry and Meghan’s move is obvious as she would have preferred them to stay in their current roles. This article from BuzzFeed was getting significant attention yesterday: Here Are 20 Headlines Comparing Meghan Markle To Kate Middleton That May Show Why She And Prince Harry Are Cutting Off Royal Reporters.

Quick Hits: U.S. targets Maduro allies & Power Back on in Puerto Rico
The United States on Monday imposed sanctions on seven Venezuelan politicians it said led a bid by President Nicolas Maduro to wrest control of the country’s congress from U.S.-backed opposition leader Juan Guaido. 537 miles north (as the crow flies), Puerto Rico’s public power utility said on Monday it has restored electricity to almost all the island, nearly a week after the strongest earthquake in more than a century knocked out all power and caused at least $110 million in damage. – Reuters

Astros fire GM Jeff Luhnow, manager A.J. Hinch over sign-stealing scandal
Houston Astros general manager Jeff Luhnow and manager A.J. Hinch have been fired after an MLB investigation held them responsible for illegally stealing signs during the team’s 2017 World Series run. Why it matters: it will cost the Astros their top two picks in the next two drafts and a $5 million fine. Remember: Alex Cora, the Boston Red Sox manager has also been swept up in these investigations and will most likely face punishment as well. – Yahoo Sports / Bleacher Report

Cyberspace is the next front in Iran-US conflict – and private companies may bear the brunt
Iran and other nations have waged a stealth cyberwar against the U.S. for at least the past decade, largely targeting not the government itself but, rather, critical infrastructure companies. This threat to the private sector will get much worse before it gets better, Bryan Cunningham notes on Tag The Flag. Why it matters: For conventional and even nuclear warfare, nations have agreed to rules of armed conflict. But cyberspace remains the wild west, with few, if any, agreed-on rules of engagement. Here’s a list of past cyber attacks that can be attributed to Iran along with what the regime may aim to target next, including the upcoming American elections. Keep reading…

+ A Love Letter to Driving Alone

1943: FDR becomes first president to travel by airplane on U.S. official business
On this day in 1943, Franklin Roosevelt becomes the first president to travel on official business by airplane. Crossing the Atlantic by air, Roosevelt flew in a Boeing 314 Flying Boat dubbed the Dixie Clipper to a World War II strategy meeting with Winston Churchill at Casablanca in North Africa.

The Context: With German U-boats taking a heavy toll on American marine traffic in the Atlantic, Roosevelt’s advisors reluctantly agreed to send him via airplane. Roosevelt, at a frail 60 years old, gamely made the arduous 17,000-mile round trip.

Why are there seven days in a week?