Good Morning. Here’s what you need to know to start the day, along with perspective from both sides for calmer coffee conversations with your family, friends, colleagues, and co-workers. Plus, a bit of good news: Debra Wada, Vice Chair of the National Commission on Military, National, and Public Service wrote a piece for Tag The Flag. From 2014 to 2017, she served as the Assistant Secretary of Manpower and Reserves Affairs for the United States Army. Prior to that, she spent over 25 years in Congress, including more than a decade of experience on the House Armed Services Committee. Click here to read more: America’s Spirit of Service

On Wednesday, President Trump vetoed a bipartisan resolution requiring congressional approval for the military use of force in Iran. Then, on Thursday, the Senate failed to override the veto coming up short with a 49-44 vote, meaning the veto stands. Seven GOP senators joined with Democrats. In response to the Trump Administration’s January 2 airstrike in Iran – which resulted in the assassination of Iranian General Qassem Soleimani – both the Senate and House used authority granted by the War Powers Resolution to pass the bill in February and March respectively.

On the Left: Congressional Democrats worked to pass the resolution because of what they saw as executive overreach. Many Democrats (accompanied by some Republicans) felt that Trump’s decision to fatally target Soleimani was a risky, unilateral decision that would escalate tensions between the United States and Iran. Virginia’s Democratic Senator, Tim Kaine, introduced the measure to check the war-making powers of the executive branch. It called for the President to halt his actions against Iran “unless explicitly authorized by a [Congressional] declaration of war or specific authorization of use of military force against Iran.” Trump criticized Democrats for what he perceived to be a political maneuver to curb his executive powers, but Senator Kaine insisted that the measure was not exclusively directed at Trump as “it would apply equally to any president.”

On the Right: While some Congressional Republicans accompanied the Democrats on the resolution, most stood behind the President through what they saw as an effort to restrict Trump’s powers. Conservatives have also criticized it as a brazen attempt by Democrats to “score political points and undermine the action taken to eliminate [Soleimani].” Trump defended his actions by saying, “We live in a hostile world of evolving threats, and the Constitution recognizes that the president must be able to anticipate our adversaries’ next moves and take swift and decisive action in response. That’s what I did!” Trump also pushed the idea that the resolution was a ploy by Democrats to divide Republicans in order to weaken his reelection chances. Upon vetoing the resolution, he chastised the Republicans who supported it for “[playing] right into [Democrats’] hands.”

Flag This: While the issue has certainly kept many constitutional scholars busy, Article One, Section Eight of the Constitution solely grants Congress the ability to declare war. However, Article Two, Section Two explicitly makes the President the Commander in Chief, which has led to decades of confusion and constitutional debate over who has the true authority to declare war and take military action. The War Powers Resolution was enacted in 1973 to clarify each branch’s role, and to serve as a check on a president’s ability to engage in military conflict. However, presidents have still found ways around it since then, and they have often, ironically, been enabled by Congress itself. In terms of what’s next, the veto override attempt does not go to the House since the Senate failed Thursday. A two-thirds majority vote of both chambers is necessary. This was Trump’s seventh veto of his presidency. There’s only been 111 successful veto overrides in history.

Justice Department dropping Flynn’s Trump-Russia case
The Justice Department on Thursday said it is dropping the criminal case against President Donald Trump’s first national security adviser, Michael Flynn. Why it matters: The action was a stunning reversal for one of the signature cases brought by special counsel Robert Mueller and one that became a rallying cry for the president and his supporters in attacking the FBI’s Trump-Russia investigation. How it’ll play:

Another Day, Another Study: It’s Safer to Be Outside
Health experts say people are significantly less likely to get the coronavirus while outside. Why it matters: if true, that could add momentum to calls to reopen beaches and parks closed during the COVID-19 pandemic. Not so fast: Being outside shouldn’t be seen as completely safe. People should continue to avoid crowds and maintain six feet of distance from others to keep away from the virus. That being said: experts are increasingly confident in evidence showing that the coronavirus spreads much more readily indoors than outdoors.

On our radar: The coronavirus may be bar men and women from joining the U.S. military (Fox News)

On our radar: Tara Reade, a former Senate staffer who has accused Joe Biden of sexually assaulting her in 1993, called on the presumptive Democratic nominee to “step forward and be held accountable” in an excerpt of an interview with Megyn Kelly. Biden has denied the allegations. (Axios)

Poland Delays Presidential Vote Amid Worry Over Democracy
Poland delayed Sunday’s presidential election by more than a month to quell concerns that holding it during the height of the coronavirus pandemic via untested mail-in ballots may not be free or fair.

Basic Income: Boost for Happiness, Not for Jobs
A landmark study conducted in Finland shows that giving the unemployed free money doesn’t provide the boost to the jobs market that some had hoped it would. But it does raise happiness levels. Why it matters: Interest in the concept has resurfaced since lockdowns across much of the globe destroyed millions of jobs.

Another One Bites the Dust
Neiman Marcus filed for bankruptcy on Thursday. Similar to J.Crew the luxury retailer has been struggling with the shift to online shopping and coronavirus-related store closures. The company has lined up $675 million in financing to fund operations through bankruptcy.

Switch Hit
Nintendo announced that consumers have bought more than 13 million copies of its latest “Animal Crossing” game. Additionally, the video game company has sold 55.7 million Nintendo Switch and Switch Lite consoles, 20 million of which were sold in the past year. 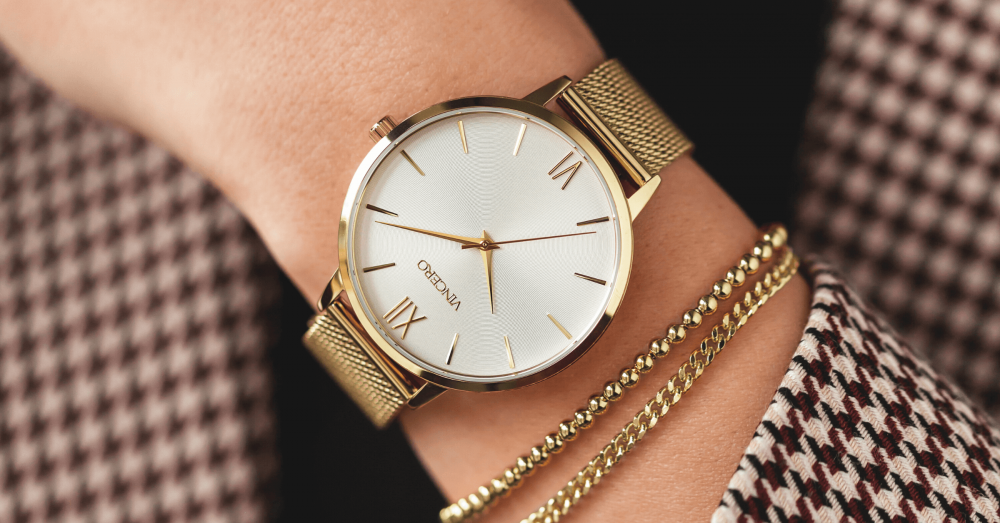 Mother’s Day is Sunday and it’s time to get Mom something she will remember. Vincero is the perfect place to shop with stunning and unique timepieces that are eye-catching and don’t break the bank. Check out all their styles and colorways and shop now during their site-wide sale. Buy the perfect gift for under $200.

Results From Last Week’s Flag Poll
Should individual states be allowed to file for bankruptcy? 24% said Yes, 76% said No. Full results and comments.

This Week’s Flag Poll
If the federal government created a contact-tracing app to help eliminate the coronavirus and it meant the US could open its economy faster, would you download it? Click here to vote

On This Day in 1945, both Great Britain and the United States celebrate Victory in Europe Day. Cities in both nations, as well as formerly occupied cities in Western Europe, put out flags and banners, rejoicing in the defeat of the Nazi war machine during World War II.

Just How Dangerous Is the ‘Murder Hornet’? (Scientific American)

The Best Cleaning Product Only Costs About $1 (Domino)