‘Red Flag’ Gun Control Bills Pick Up Momentum With G.O.P. in Congress
Congressional Republicans, under pressure to respond to this weekend’s massacres, appear to be coalescing around legislation to help law enforcement to take guns from those who pose an imminent danger. Why it matters: it’s a measure that, if signed into law, would be the most significant gun safety legislation enacted in 20 years. Big picture: Seventeen states and the District of Columbia already have red flag laws, but the push for them on Capitol Hill stops well short of the legislation mandating universal background checks that Democrats and gun control advocates have been hoping for. The Spectrum: Here’s how it’s playing out on the right, left, and center. – New York Times / Fox News / AP

There’s a Snake In My Boots: Snakebites Hit Record Highs
Venomous snakebites are on the rise in the Sunbelt this summer, with North Carolina, Georgia and Texas on track to set records the Wall Street Journal writes. By the numbers: In North Carolina and Georgia, venomous snakebites have been rising for the past several years and are up more than 10% from a year ago. In Texas, there were 415 reported snakebites in May and June, 27% more than the same period five years ago. Big picture: Reasons for the increase include rapid urbanization, as new neighborhoods spring up in what was formerly forest or farmland, and last winter’s record-setting rainfall, which drives snake activity. – WSJ (subscription)

Americans have a vacation problem
Taking a monthlong vacation is nearly a birthright in most of Western Europe, whereas it’s hard to get Americans to take even what little vacation they receive. A recent piece in the Economist argues American workers are doing it all wrong by taking short holidays, which can even add more stress or taking none at all. Instead, it’s good for employees to recharge their batteries for lengthier periods. Similarly, it’s good for companies to have a predictable holiday month like August during which junior employees can head to the beach and managers can take stock of things, says the report. – LI / The Economist

+ Sharks seen feeding and jumping out of water off Myrtle Beach 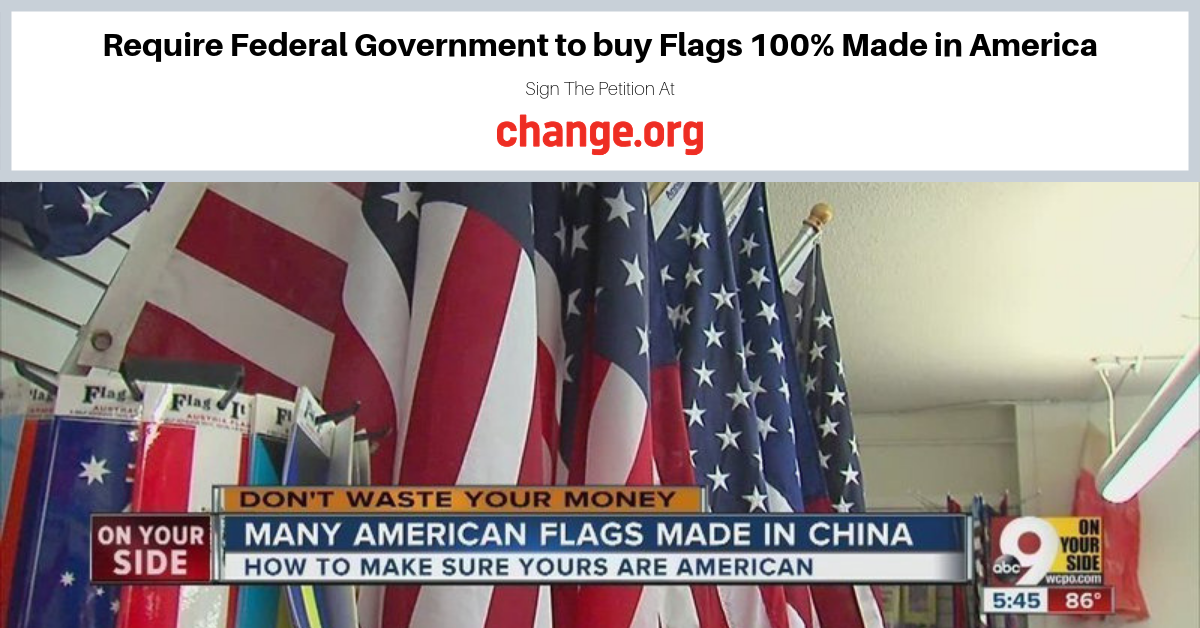 Currently, the federal government is only required to buy flags made from 50 percent American materials. American tax dollars are being used to finance jobs overseas to create our country’s most sacred symbol: the American Flag. Read More and Sign the petition→

Islamic State ‘resurging’ in Syria as US pulls troops
The Islamic State (IS) jihadist group is “resurging” in Syria even as the United States withdrew troops, and is solidifying its insurgent capabilities in neighboring Iraq, a Defense Department watchdog said Tuesday. The Issue: US-backed local forces are “unable to sustain long-term operations, conduct multiple operations simultaneously, or hold territory that they have cleared” according to the report. Why it matters: The group’s Syria resurgence came as Washington “completed a partial withdrawal” from the country. – AFP

Trump announces new sanctions on Venezuelan government
President Donald Trump announced the US would expand its existing sanctions against Venezuela with an executive order banning Americans doing business with President Nicolas Maduro’s government. Why it matters: It marks an escalation from the already expansive US measures against the Venezuelan government since the start of the country’s chaotic political and economic crisis earlier this year. In response, yesterday Venezuela’s vice president called the sanctions a “global threat” and an attack on private property. – CNN / Al Jazeera

Porcine peril: swine fever in China and Europe
African swine fever, highly contagious, has spread to all of China’s provinces. Some 1.2m pigs have been slaughtered, according to official statistics. Why it matters: While not harmful to humans, African swine fever is fatal for pigs and there is no vaccine or cure. Worse yet, because some outbreaks go unreported out of fear of punishment, it has now gone global: having hit south-east Asia in recent months, the virus has spread to Europe. This is the year of the pig in the Chinese zodiac calendar, but China’s hogs have little to celebrate. – The Economist

Beijing Digs In & Goldman Speaks Out
The volley-for-volley trade war between China and the U.S. is accelerating at a time when Chinese President Xi Jinping can ill afford to make concessions, raising the likelihood of a protracted struggle between the world’s two biggest economies. Why it matters: Chinese President Xi Jinping has faced disquiet within the Communist Party elite, some of whom accuse him of concentrating too much power, making policy missteps, and provoking U.S. and other international pushback against China’s assertive diplomacy. Meanwhile, in a note to clients Goldman Sachs said it doesn’t see a trade deal taking shape before the 2020 presidential election. Keep reading. – WSJ / Yahoo Finance

America’s Youth Sports Problem: Kids Quit Most Sports By Age 11
According to a new survey of sports parents conducted by the Aspen Institute and Utah State University the average child today spends less than three years playing a sport, quitting by age 11. How come? Most of the times they quit simply because the sport just isn’t fun anymore. Big Picture: their parents are under pressure, too, with some sports costing thousands of dollars a year and travel expenses taking up the largest chunk. Why it matters: Most young people do not get the recommended levels of one hour of daily physical activity. More importantly, playing sports helps develop teamwork and leadership skills. Working as a team to reach a common goal helps children develop communication and problem-solving skills that will benefit them on the field and off. – Aspen Institute

Sorry, scooters aren’t so climate-friendly after all
New research has bucked claims from electric scooter firms that their vehicles are a particularly green way to get around. Details: Researchers at North Carolina State University looked at the lifecycle of scooters and found they produce higher emissions per passenger mile than a crowded bus, an electric moped or bike, and walking. Why it matters: The actual climate impact of the vehicles – or anything else for that matter – depends heavily on how they’re made, what they’re replacing, and how long they last. – MIT Technology Review

1782: George Washington creates the Purple Heart
On this day in 1782, in Newburgh, New York, General George Washington, the commander in chief of the Continental Army, creates the “Badge for Military Merit,” a decoration consisting of a purple, heart-shaped piece of silk, edged with a narrow binding of silver, with the word Merit stitched across the face in silver.

Did you know: in early 2016, a woman tracked down the family of a WWII veteran whose Purple Heart she bought at an Arizona Goodwill store for $4.99

A picture that just screams Summer in America

Are school spankings banned in the United States?