To raise awareness for the sacrifices made by our Armed Forces, a beautiful display was erected this month on the Tampa Riverwalk for the Warriors Games. The Fallen Heroes Memorial is a 28-foot-wide by 6-foot-tall American flag made of nearly 7,000 dog tags from those who have fallen in the War of Terror. According to Veterans & Athletes United, the organization who created the memorial, the display embodies the shape of the flag when it is draped over a fallen hero’s casket. Veterans, active duty volunteers and members of military families built the display.

“There are 50 gold stars honoring all Gold Star families nationwide,” the site reports. The memorial also has a battlefield cross, built from mahogany wood, in front of the flag, made by veteran artist Alicia Dietz.

This memorial honors the many sacrifices made for the freedoms we enjoy today. The memorial is scheduled to travel across the country to various events for many others to see so they can honor our heroes.

For those who gave the ultimate sacrifice in the War of Terror, We #Salute you. 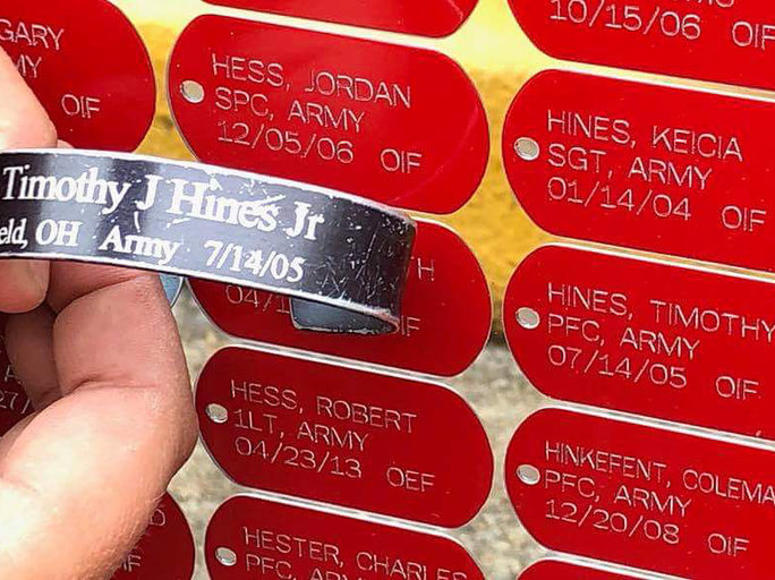