Soldiers Arnold M. Klechka, 71, Wesley Russell, 76, and Marine Charles B. Fox, 60 were laid to rest in the West Tennessee Veterans Cemetery in Memphis recently, as 700 strangers bowed their heads with reverence. The service, provided through the effort of several organizations, was to recognize the service—and sacrifice—of veterans whose remains had been unclaimed.

As the flags draping the coffins were removed, they were passed among the crowd, hand to hand, since there were no family members to receive them.  One of those in attendance, Amelia Callicott, wept during the service, not only for the men being laid to rest but also for her own father and husband who were veterans.

“It touched my heart when no one came to claim these gentlemen, these soldiers because they fought for our freedom,” said Callicott. “Any serviceman, they’re just like family to me….” 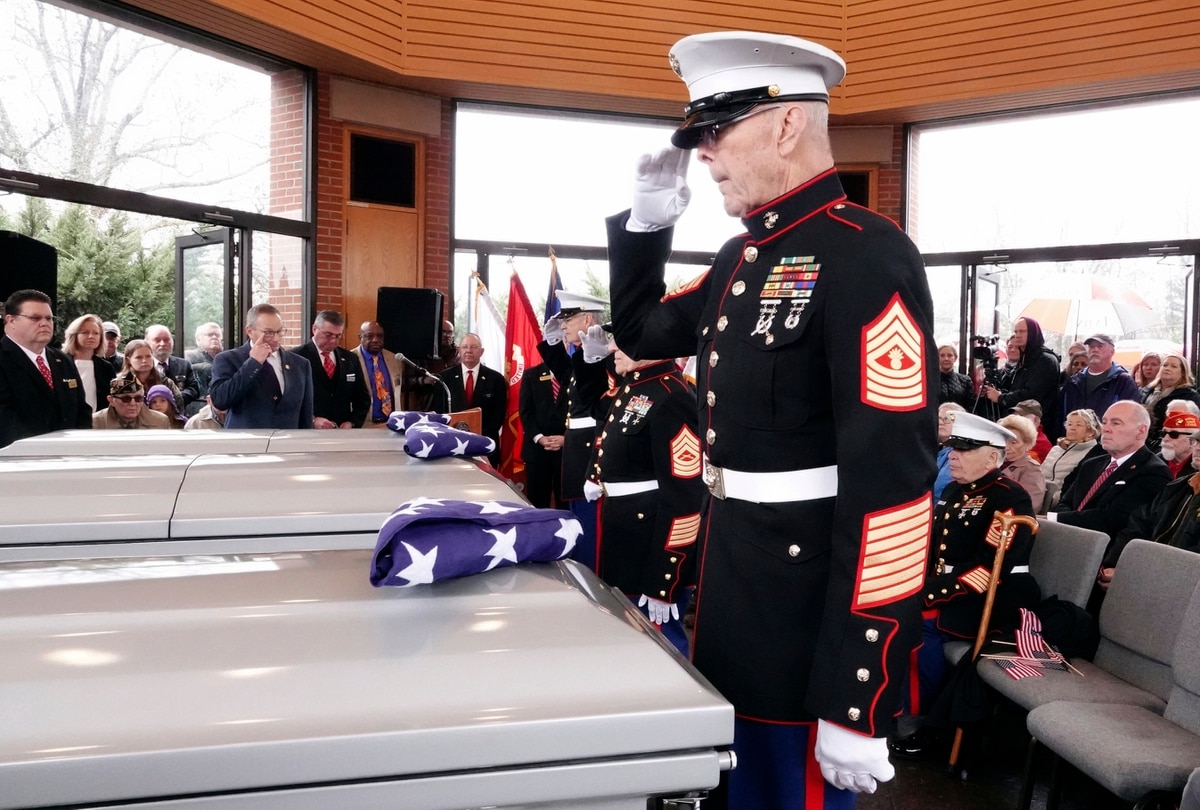 In the Omaha National Cemetery, 73-year-old Army Pfc. Stanley Stoltz was laid to rest in a similar service with hundreds of strangers in attendance who wished to pay their respects. Stoltz, a Vietnam veteran, had few family members left and had no children, so the community stepped in to honor him. 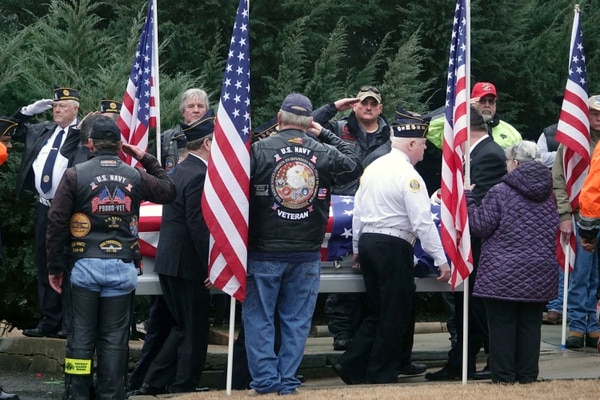 Salute: In this Jan. 17, 2019, photo, a flag-draped coffin is moved during a funeral for three Memphis veterans, Wesley Russell, 76, Arnold Klechka, 71, Charles Fox, 60, who died this past fall and whose remains were unclaimed in Memphis, Tenn. (Karen Pulfer Focht/AP)

The local chapter of Vietnam Veterans of America was there. “We come together for something like this,” Chapter president Dennis Schissel said. “He was one of us at this time.”

The commitment and bravery of all who sacrificed their lives for our freedom have become the rallying cry for organizations across America to ensure that any veteran is laid to rest with dignity and appreciation. In Memphis, funeral director Gary Taylor thanked all who attended the service there and then spoke directly to the caskets.

This salute is sponsored by one of our favorite (award-winning) fragrance and grooming brands – Fulton & Roark – who help us make these posts possible. There’s a reason GQ called them the “Rolls-Royce” of solid cologne. Click here to see why→

Photo by Justin Casey on Unsplash