The Deadliest Shark Attack In U.S. History occurred on July 30, 1945, when the USS Indianapolis sank to the bottom of the Pacific Ocean after being torpedoed by a Japanese submarine

The deadliest shark attack transpired on July 30th, 1945, when the USS Indianapolis was torpedoed by the Imperial Japanese Navy submarine I-58 and sank in 12 minutes. Of 1,195 crewmen aboard, approximately 300 went down with the ship. The remaining 890 faced exposure, dehydration, saltwater poisoning, and shark attacks while stranded in the open ocean with few lifeboats and almost no food or water. We honor their memories and salute them for their service.

Twelve minutes. The time it might take to finish an inning in a baseball game. Or cook a steak on the grill.

In twelve minutes on July 30, 1945, the USS Indianapolis sank to the bottom of the Pacific Ocean after being torpedoed by a Japanese submarine. Approximately 300 of the 1,196 sailors on board went down with it. The rest of the crew was forced into the water, dazed and confused at what had just happened without any warning whatsoever.

Just days earlier, on July 26, the ship had left top-secret materials for the atomic bomb that was destined to be dropped on Hiroshima a week later. Post-delivery orders were to meet the battleship USS Idaho in the Leyte Gulf in the Philippines to prepare for the invasion of Japan.

The Indianapolis had no escort, therefore, the ship was unaware of its impending doom. Distress calls from the Indianapolis were not taken seriously by the Navy, because the Japanese had issued fake calls in the past to trick rescue ships. The ensuing controversy that swirled around this aspect of the catastrophe for many years after first led to the court-martial and conviction of the ship’s captain, Charles McVay. This conviction was later overturned when information regarding Japanese submarine activity in the area was uncovered. 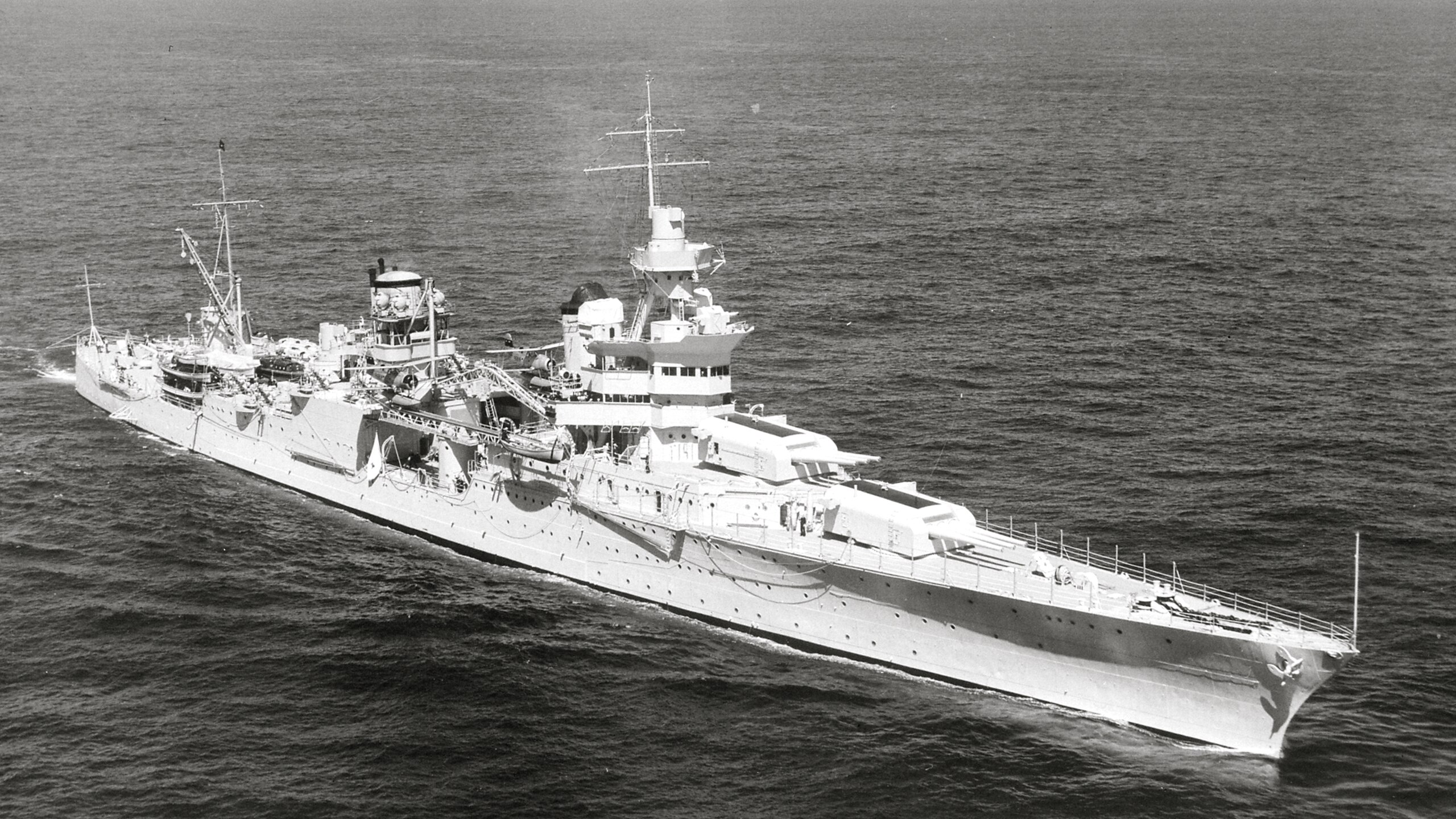 Dr. Lewis Haynes, Chief Medical Officer aboard the Indianapolis, provided an eye-witness account of one of the worst naval disasters of World War II as it unfolded.  “I awoke. I was in the air. I saw a bright light before I felt the concussion of the explosion that threw me up in the air almost to the overhead. A torpedo had detonated under my room. I hit the edge of the bunk, hit the deck, and stood up. Then the second explosion knocked me down again. As I landed on the deck I thought, ‘I’ve got to get the hell out of here!’ I grabbed my life jacket and started to go out the door. My room was already on fire.”

Loel Dean Cox was on the ship as a 19-year old seaman. Cox is 87 today and recalls watching the ship go down during that night of terror. “The ship was headed straight down. You could see the men jumping from the stern, and you could see the four propellers still turning,” he said.

But the worst was yet to come. Sharks.

The Deadliest Shark Attack in U.S. History: Indianapolis in 1939

Hundreds of men went into the water and over the next four days, all but 317 died. Many of those as a result of sharks who went on a feeding frenzy on both the living and the dead.

Seaman Cox described it this way: “They were continually there, mostly feeding off the dead bodies. Thank goodness, there were lots of dead people floating in the area.”

But as the days went by with no rescue, dehydration and delusion became more prevalent. Men began hallucinating, causing them to drink seawater which shortly after caused death from salt poisoning. Some simply drowned from exhaustion after struggling to stay above the surface for so long.

“In that clear water, you could see the sharks circling. Then every now and then, like lightning, one would come straight up and take a sailor and take him straight down. One came up and took the sailor next to me. It was just somebody screaming, yelling or getting bit,” Cox relates.

And the sharks kept coming. 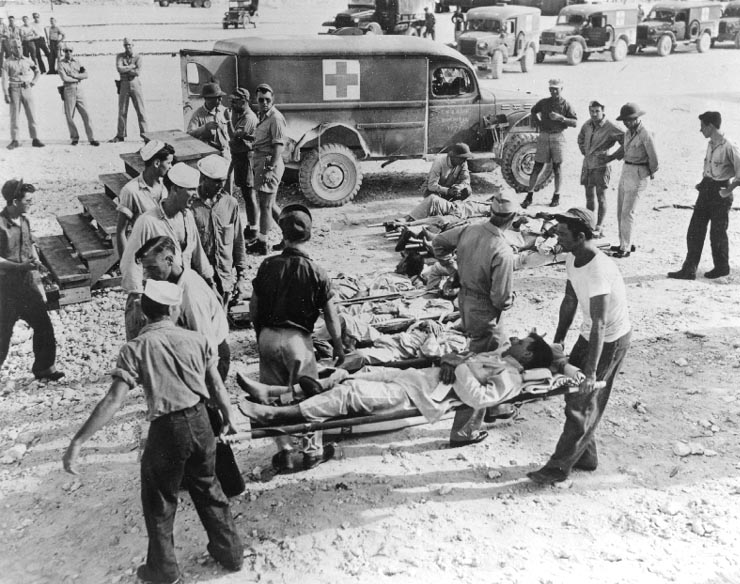 The Deadliest Shark Attack in U.S. History: Survivors of Indianapolis on Guam in August 1945

Finally, four days after the attack, a Navy plane spotted the disaster site and radioed for help. The plea was answered by a seaplane that arrived and dropped life rafts and supplies to those who were still alive. The USS Doyle arrived next and pulled the remaining crew members to safety aboard their ship.

“It got dark and a strong big light from heaven, out of a cloud, came down, and I thought it was angels coming. But it was the rescue ship shining its spotlight up into the sky to give all the sailors hope, and let them know that someone was looking for ’em.”

Cox’s scars are deep. Physically, his hair, fingernails, and toenails all fell out. He describes it as being “pickled by the sun and seawater.” But it’s the emotional scars that have lasted a lifetime.

“I dream every night. It may not be in the water, but… I am frantically trying to find my buddies. That’s part of the legacy. I have anxiety everyday, especially at night, but I’m living with it, sleeping with it, and getting by.”

Seaman Cox, as well as some of his crewmates, was taken by the Discovery Channel to the area of the disaster. They were able to sink a granite memorial in the general vicinity, but the exact location was not found at that time.

In August, 2017, philanthropist Paul G. Allen located the final resting place of the USS Indianapolis in 18,000 feet of water. In a way, this helped put closure on the terrible incident that took some of America’s boys. May they rest in peace.

The Deadliest Shark Attack in U.S. History: Navy firing detail as part of a burial-at-sea in 2008 for one of the 316 survivors of the Indianapolis sinking on 30 July 1945. To read more stories like these, be sure to sign up for our nonpartisan newsletter.