It’s hard not to be scared of an invisible and spreading threat. AP Photo/Markus Schreiber

As cases of COVID-19 proliferate, there’s a pandemic of fear unfolding alongside the pandemic of the coronavirus.

Due to the global reach and instantaneous nature of modern media, fear contagion spreads faster than the dangerous yet invisible virus. Watching or hearing someone else who’s scared causes you to be frightened, too, without necessarily even knowing what caused the other person’s fear.

As a psychiatrist and researcher studying the brain mechanisms of social regulation of emotions, I frequently see in clinical and experimental settings how powerful fear contagion can be.

Responding with fear in face of danger

Fear contagion is an evolutionarily old phenomenon that researchers observe in many animal species. It can serve a valuable survival function.

Imagine a herd of antelopes pasturing in the sunny African savanna. Suddenly, one senses a stalking lion. The antelope momentarily freezes. Then it quickly sets off an alarm call and runs away from the predator. In the blink of an eye, other antelopes follow.

Brains are hardwired to respond to threats in the environment. Sight, smell or sound cues that signal the presence of the predator automatically triggered the first antelope’s survival responses: first immobility, then escape. 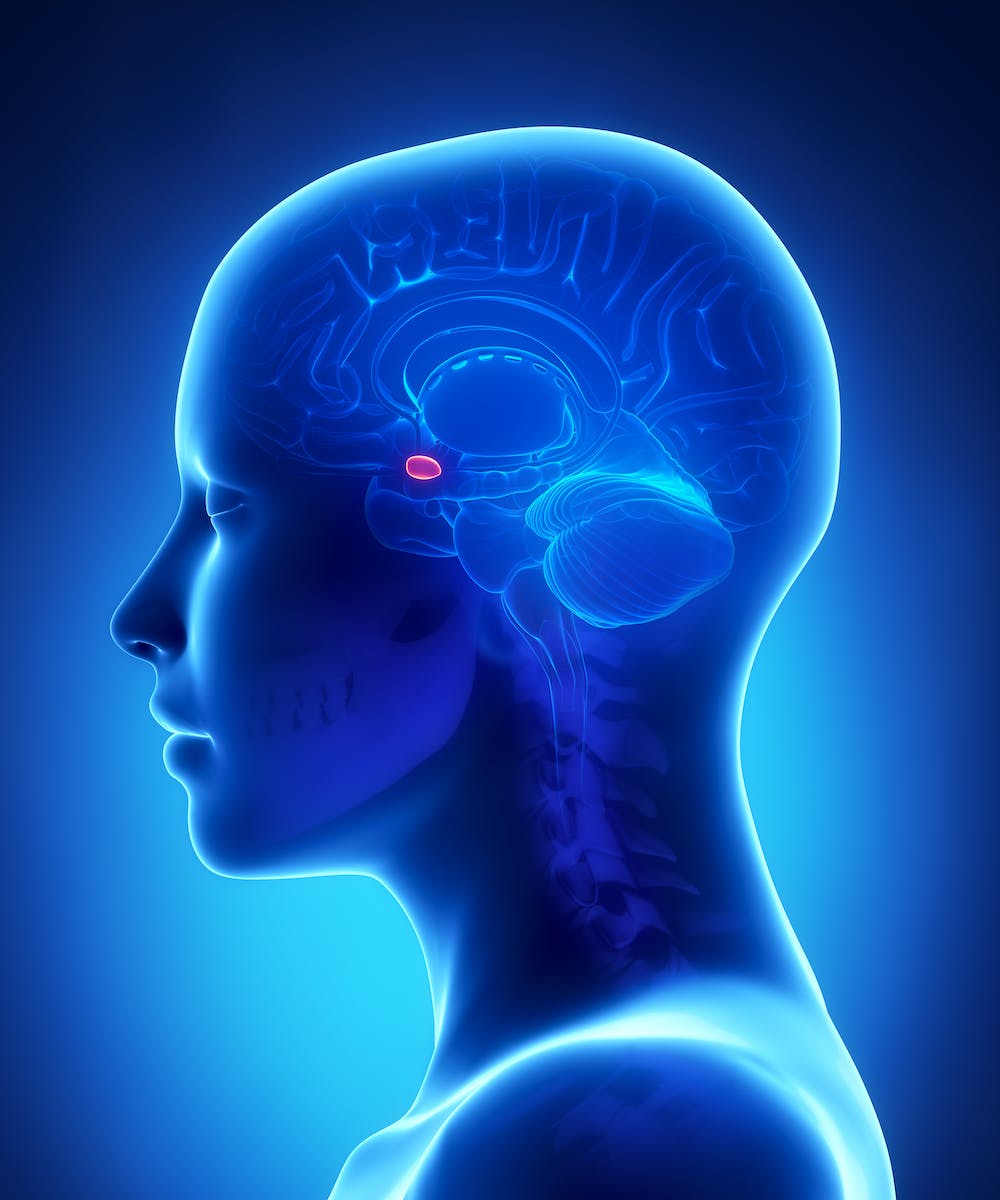 The brain’s amygdala coordinates the fear response. janulla/iStock/Getty Images Plus

Then the amygdala forwards the signal to other brain areas, including the hypothalamus and brain stem areas, to further coordinate specific defense responses.The amygdala, a structure buried deep within the side of the head in the brain’s temporal lobe, is key for responding to threats. It receives sensory information and quickly detects stimuli associated with danger.

These outcomes are commonly known as fright, freeze, flight or fight. We human beings share these automatic, unconscious behaviors with other animal species.

Responding with fear, one step removed

That explains the direct fear the antelope felt when sniffing or spotting a lion nearby. But fear contagion goes one step further.

The antelopes’ run for their lives that followed one frightened group member was also automatic. Their escape, however, was not directly initiated by the lion’s attack but by the behavior of their terrified group member: momentarily freezing, sounding the alarm and running away. The group as a whole picked up on the terror of the individual and acted accordingly.

Like other animals, people are also sensitive to panic or fear expressed by our kin. Human beings are exquisitely tuned to detect other people’s survival reactions.

Experimental studies have identified a brain structure called the anterior cingulate cortex (ACC) as vital for this ability. It surrounds the bundle of fibers that connect the left and right hemisphere of the brain. When you watch another person express fear, your ACC lights up. Studies in animals confirmed that the message about another’s fear travels from the ACC to the amygdala, where the defense responses are set off.

It makes sense why an automatic, unconscious fear contagion would have evolved in social animals. It can help prevent the demise of an entire group bound by kinship, protecting all their shared genes so they can be passed on to future generations.

Indeed, studies show that social transmission of fear is more robust between animals, including humans, that are related or belong to the same group as compared to between strangers.

Nevertheless, fear contagion is an effective way of transmitting defense responses not only between members of the same group or species but also across species. Many animals, through evolution, acquired an ability to recognize alarm calls of other species. For example, bird squawks are known to trigger defense responses in many mammals.

This phenomenon explains mass panic attacks that can occur during music concerts, sports events or other public gatherings. Once fear is triggered in the crowd – maybe someone thought they heard a gunshot – there is no time or opportunity to verify the sources of terror. People must rely on each other, just like antelopes do. The fear travels from one to the next, infecting each individual as it goes. Everyone starts running for their lives. Too often, these mass panics end up with tragedies. 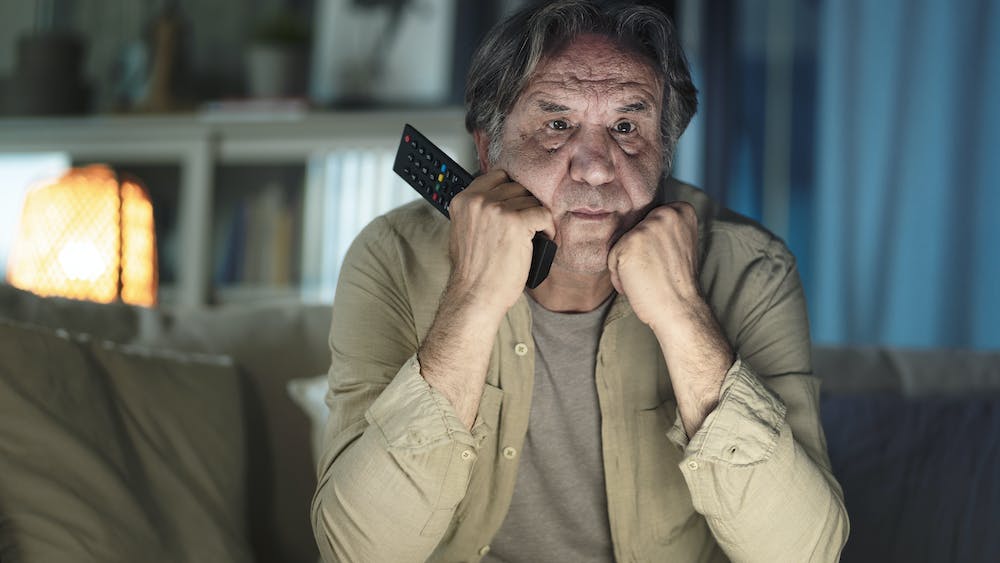 Always-on news and social media can mean an unending stream of contagious fear. seb_ra/iStock/Getty Images Plus

Moreover, while antelopes on the savanna stop running once they’re a safe distance from a predator, scary images on the news can keep you fearful. The feeling of immediate danger never subsides. Fear contagion didn’t evolve under the always-on conditions of Facebook, Twitter and 24-hour news.

Tempering fear others transmit to you

There’s no way to prevent fear contagion from kicking into gear – it’s automatic and unconscious, after all – but you can do something to mitigate it. Since it’s a social phenomenon, many rules that govern social behaviors apply.

In addition to information about fear, information about safety can be socially transferred too. Studies have found that being in the presence of a calm and confident person may help overcome fear acquired through observation of others. For instance, a child terrified by a strange animal will calm down if a calm adult is present. This kind of safety modeling is especially effective when you have your eyes on someone close to you, or someone you depend on, such as a caretaker or an authority figure.

Also, actions matter more than words, and words and actions must match. For example, explaining to people that there’s no need for a healthy person to wear a protective face mask and at the same time showing images of presumably healthy COVID-19 screening personnel wearing hazmat suits is counterproductive. People will go and buy face masks because they see authority figures wearing them when confronting invisible danger.

But words do still matter. Information about danger and safety must be provided clearly with straightforward instructions on what to do. When you are under significant stress, it is harder to process details and nuances. Withholding important facts or lying increases uncertainty, and uncertainty augments fears and anxiety.

Evolution hardwired human beings to share threats and fears with others. But it also equipped us with the ability to cope with these threats together.