U.S. maritime history was honored recently, along with the volunteers who help preserve it, at a ceremony at the St. Augustine Lighthouse & Maritime Museum, home to one of the oldest lighthouses in the country. The 1874 Lighthouse Tower had become damaged by vandals and disuse until 1980, when a fundraising effort gathered the $1.2 million necessary to bring it back to its glory.

All current day museum volunteers and their families were honored at a special event in St. Augustine in early April to commemorate their invaluable contribution of time and effort. Their talent and devotion helped the facility fulfill its mission of not only preserving the lighthouse but providing education, archaeological research, and civic engagement in this historic area.

Flashback: Members of the U.S. Coast Guard and Coast Guard Auxiliary as well as other members of the Jacksonville, Fla., and St. Augustine, Fla., communities came together Saturday, Aug. 31, 2013, at the St. Augustine Lighthouse and Museum to dedicate a newly-restored 1933 bronze bell in memory of a Coast Guard aircrew killed in the line of duty and a St. Augustine resident who was lost at sea. During the ceremony, Coast Guard Sector Jacksonville Deputy Commander Cmdr. LaDonn Allen spoke on behalf of the Coast Guard and Bill Senecal reflected on the life of his late son, Steve Senecal, who departed from the lighthouse boat ramp March 18, 2007, for a solo fishing trip and never returned. (U.S. Coast Guard photo by Petty Officer 1st Class Lauren Jorgensen)

Museum director, Kathy Fleming, praised these men and women for their unselfish service. “We are thankful to our amazing volunteers. They help us continue to preserve history and save our maritime past, “she said. “Our volunteers help us to discover, preserve, present and keep alive the stories of the Nation’s Oldest Port.”

And that rich history includes the retired U.S. Flag that flew over the museum from 2014 to 2016, which was presented to volunteer Michael Horner. Horner has donated nearly 1300 hours to the museum since 2005 and received the flag in order to thank him for his dedication. 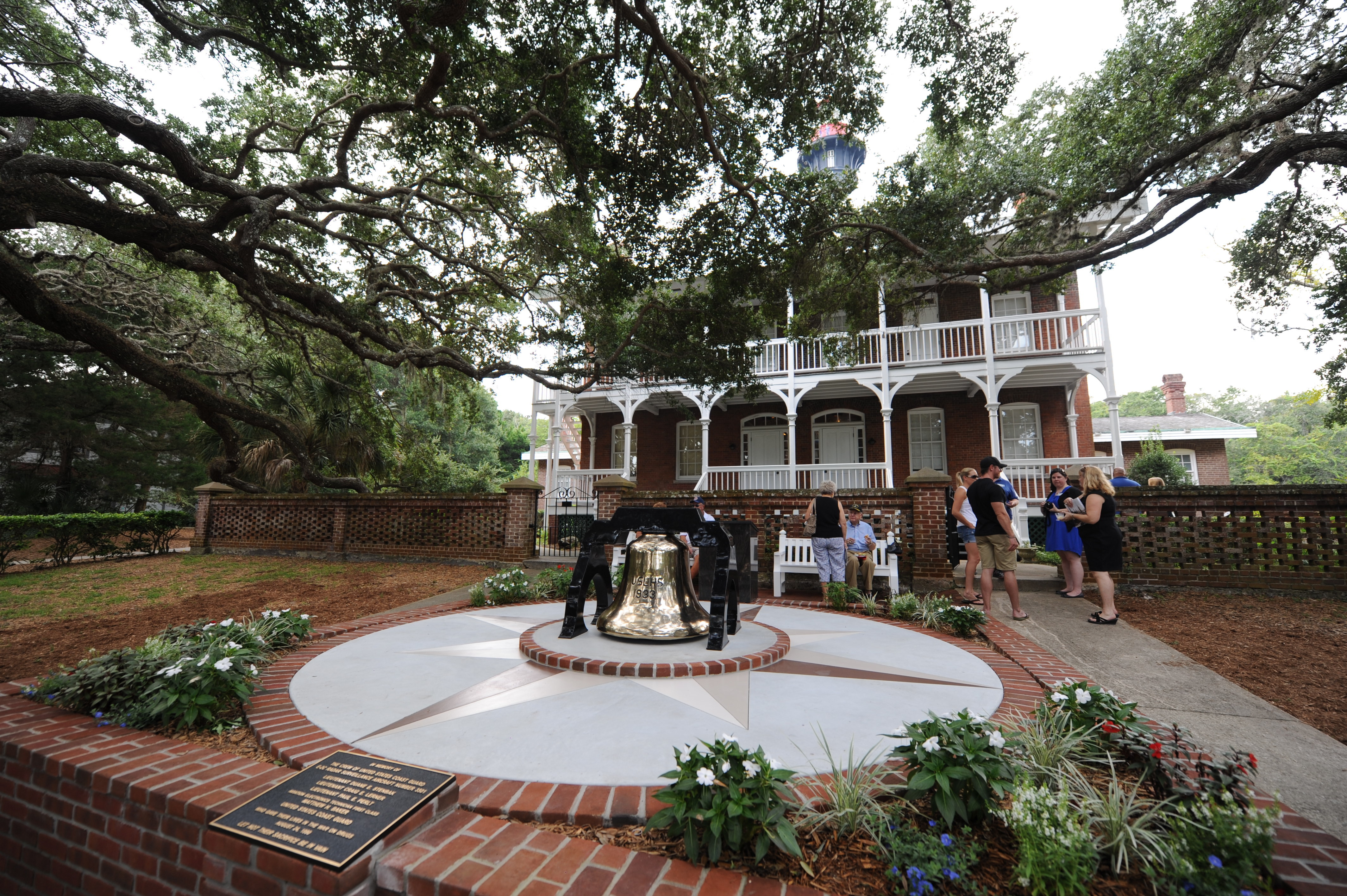 Right now there are nearly 300 museum volunteers and they perform a variety of jobs, such as site interpreters, boat builders, collections and conservation, sweeper keepers, photographers, interns, office volunteers, gardeners and camp counselors. Capt. Bob Buehn (U.S. Navy) and Museum Board of Trustees Chairman added that volunteers gave a total of 15,901 hours, an equivalent of $384,658.49 in labor.

It is only through the selfless hours donated by volunteers like these that historic sites such as the St. Augustine Lighthouse are kept alive under our Flag for future generations. To all the volunteers we salute you!