What does it mean to serve the United States, and who should be required to do so?

On March 25, 2020, after three years of investigation, the National Commission for Military, National, and Public Service is expected to make its final recommendations on the issue to Congress. Members of the nonpartisan commission hope that their work will ignite “a national conversation,” and it comes at a time when an unprecedented public health crisis is making Americans think about the public good in ways they haven’t for decades.

The question of service gained renewed relevance in late 2015 after then-Secretary of Defense Ash Carter announced that all military jobs – including combat specialties – would be open to women, essentially negating the Supreme Court’s 1981 rationale for excluding women from the draft.

After Carter made his announcement, Congress authorized the creation of the commission in order to fully explore options, including requiring women to register with the Selective Service, the agency responsible for a draft should Congress authorize one, or axing the draft altogether.

In early 2019, a federal judge in Texas ruled that requiring only men to register with Selective Service discriminated against men’s constitutionally guaranteed right to equal protection. Hearings on the appeal began in the Fifth Circuit Court in March. Meanwhile, a bipartisan bill to eliminate Selective Service entirely awaits action in the House, although it is unlikely Congress will make any moves before it receives the commission’s report.

Within the current political context, it makes sense for Congress to revisit long-held assumptions about who should serve.

But the commission has also been charged with “foster[ing] a greater ethos” of national and public service, including the possibility of requiring “all Americans to serve in some capacity.”

But how did we get from proposals for compulsory registration to those for universal civilian service? As a scholar of the draft, I argue that the answer rests in the many meanings Americans have attached to military service.

Until the Cold War, the United States traditionally kept its military small during peace time and used conscription to rapidly expand its forces during wartime. To keep men and their families from protesting compulsory military service, public and private sources – newspapers, advertisements, government-sponsored posters and movies – fostered an ideal of masculine citizenship that emphasized loyalty, duty, responsibility and protection.

Military service provided national defense, but it also claimed to make the ideal of “America” possible. Activists and policymakers started to look for ways to harness this relationship.

In the years just before the U.S. entered World War I, a few influential men began pushing the idea of universal military training. They argued that military training would strengthen America’s readiness for war and strengthen its male population. Training programs could offer health care, lessons in hygiene, literacy training and job skills. It would also provide a common socializing experience to all American men, including the large number who had immigrated to the U.S. in the previous decades. Former Assistant Secretary of War Henry Breckenridge, for example, insisted in 1916 that universal training would help “yank the hyphen out of America.”

Universal military training did not gain enough support to pass in the years after World War I, but it remained a potent enough idea that its proponents brought it back during World War II. With the backing of Franklin Roosevelt, Harry Truman and Dwight Eisenhower, as well as a number of high-ranking military officers, civilian officials, and a range of civic organizations, proposals for such training began to appear in Congress and in the press.

Details varied, but the plans all involved some sort of required military training for all able-bodied men. And even though military training would take place at military installations under military leadership, the men themselves wouldn’t technically be in the military. They would stay civilians.

Its backers cited the training’s importance as a socializing agent. They hoped that “all [trainees would] live and work together in [a] great democratic fraternity … bunking in the same barracks, eating the same food, wearing the same distinctive uniform, and sharing the same worthwhile experiences.” Men could take skills and a new sense of patriotism and civic engagement back to their home communities after training.

To prove these benefits, the Army set up an experimental training unit at Fort Knox, Kentucky. It enrolled 664 trainees in early 1947. Publicity materials now housed at the National Archives and Records Administration portray Fort Knox like a summer camp, complete with swimming pool, hobby shop, music room, sports center, radio station and theater. There was even a soda fountain – since, according to one pamphlet, “the average 18-year-old prefers a soda” to a beer. 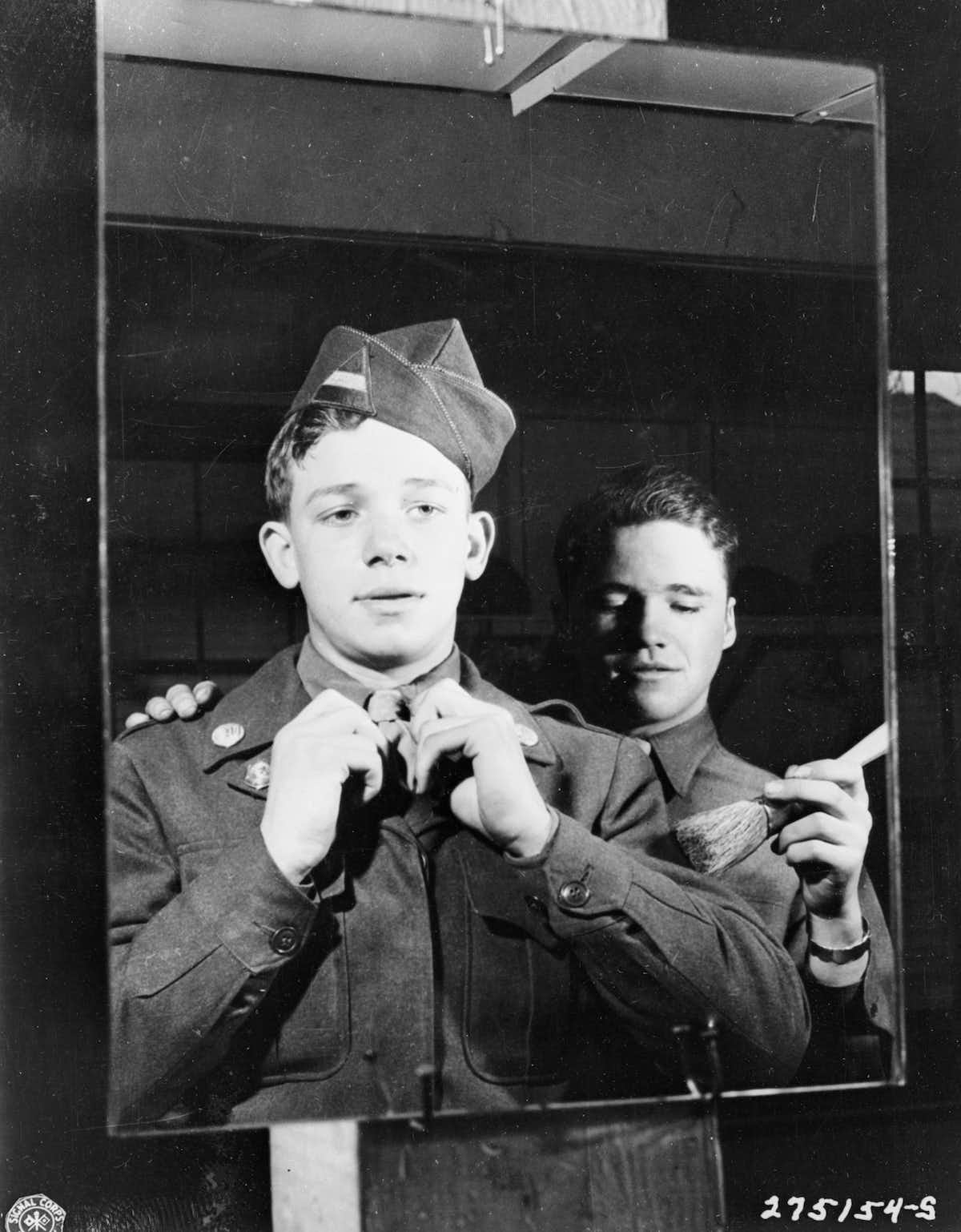 More importantly, trainees received classes in morality, ethics and democratic citizenship. They created their own justice system, separate from the Army’s usual chain of command, for minor infractions. They produced their own newspaper. Officials wanted to use the military environment to develop responsible civilian citizenship and they sold universal military training to the public in this way.

Its opponents feared militarization and claimed that military regimentation would undermine American individualism.

The so-called universal training also broke apart on the rocky shoals of race. In 1947, the Army was racially segregated. The experimental unit at Fort Knox, touted by the Army as a perfect representation of American manhood, excluded black trainees. Civil rights activists argued that no segregated program could ever be universal, and segregationists refused to approve any integrated plan.

But Americans continued to debate the meaning of service, including what, if any, role the military should play.

The idea of universal national service emerged as an alternative to universal military training during the Vietnam War. Supporters believed that requiring a year of public service could offer the same benefits promised by military training without the dangers of militarization or unnecessary war.

A year of service?

Congress has weighed the option of universal national service repeatedly over the decades, but especially when fears about national weakness have reached a crescendo.

It emerged during the Vietnam War as antidote to what many perceived was an unfair draft.

It was part of discussions about how to win the Cold War in the late 1970s and how best to defeat domestic and foreign terrorism in the wake of the 9/11 attacks. Most recently, Democratic presidential candidate Pete Buttigieg included national service as part of his platform.

It remains to be seen how the spread of the novel coronavirus will impact calls for national service and conscription.

Today, fewer than 1% of the American population serves in the military, which means that comparatively few Americans can or will reap the civic benefits military service is believed to confer. As today’s strategic and tactical planning relies more heavily on specialists trained in cutting-edge technology than overwhelming numbers of infantrymen, universal military service is no longer seen as a viable option.

But the ideological connection between service and a strong nation remains – which is why the National Commission for Military, National, and Public Service has been considering how to make a year of service “a norm for every American,” at the same time as it weighs the future of military Selective Service.

Amy Rutenberg, Assistant Professor of History, Iowa State University. This article is republished from The Conversation under a Creative Commons license. Read the original article.