🌎 Welcome to our Geopolitics feed where we Tag Flags from all over the world and highlight key takeaways. 📭 Sign up to our nonpartisan newsletter to have these stories delivered directly to your inbox every morning. 📷 Cover: José Daniel Ferrer / TTF Visuals

Cuba and the United States are in dispute over the prolonged detention of a Cuban dissident.

José Daniel Ferrer, head of an opposition group called Patriotic Union of Cuba, has been jailed since Oct. 1 on unspecified charges. Ferrer was one of the 75 dissidents arrested in 2003 during a nationwide crackdown in Cuba known as the Black Spring. He founded the Patriotic Union after his release in 2011.

The State Department has denounced Ferrer’s arrest, and the European Union passed a resolution urging his immediate and unconditional release. Amnesty International and other human rights groups say Ferrer, who went months without seeing a judge, was denied the presumption of innocence.

Cuba calls Ferrer, whose organization receives funding from the State Department, a “paid agent working in the service of the United States.” He faces nine years in prison.

Up to here, the Ferrer case sounds like the latest chapter in a long history of disagreements over human rights between the U.S. and Cuba.

But Ferrer, it turns out, may not be the typical political prisoner. According to colleagues and Cuba’s official newspaper Granma, Ferrer was not arrested for his activism but rather for the alleged kidnapping and assault of a former Patriotic Union member.

Ever since the 1959 Cuban Revolution established communist rule on this Caribbean island, the U.S. has criticized Cuba for its lack of freedom of expression, right to assembly and legal due process.

Cuba accuses the United States of trying to destabilize its government through outright aggression, covert operations, an economic embargo and the financing of dissident groups.

U.S.-Cuba relations improved markedly with the reestablishment of diplomatic and some economic ties under President Barack Obama. But they have turned icy again under Donald Trump. 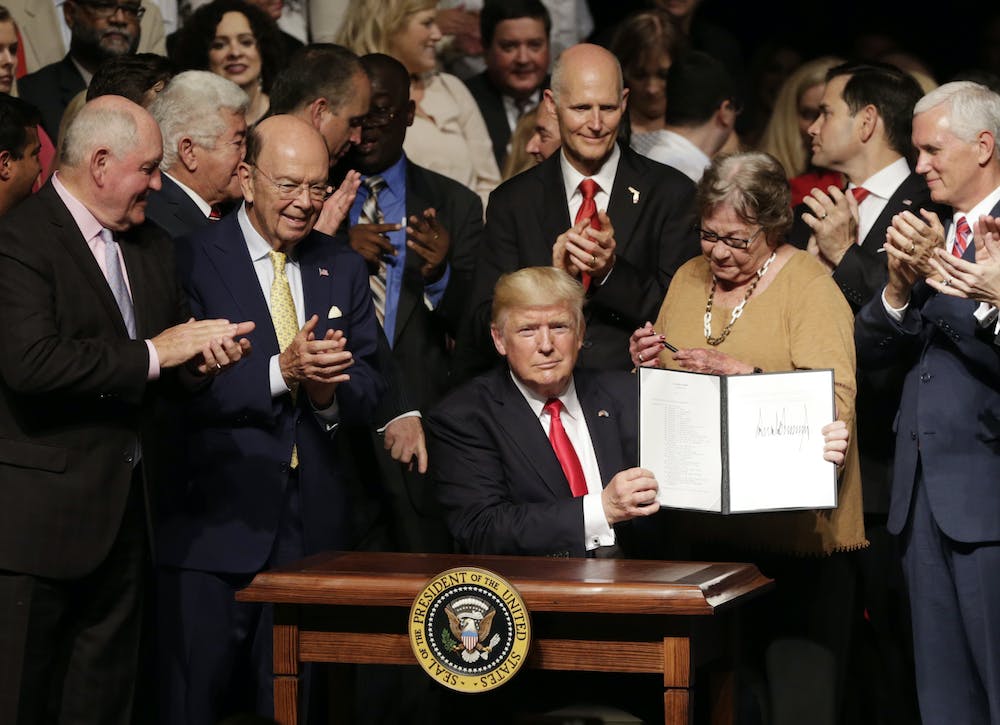 Catering to Florida’s conservative Cuban American community – a key Republican base in the 2020 election – the Trump administration has undone nearly all Obama-era reforms.

U.S.-Cuba relations may be stuck in the past, but Cuba has changed. LGBTQ people, previously harassed, are protected by new laws. Internet access, once a rarity, is accessible today – if quite pricey – even via a 3G mobile network.

The country also has a president who’s not related to Fidel Castro, a generation of entrepreneurs that blossomed under Raul Castro’s 2008 economic liberalization program and a new constitution. As of late 2019, Cubans may now own private property and assemble with more legal guarantees.

Nor is Cuban civil society today simply “the opposition.” As my 2019 documentary “Rethinking Cuban Civil Society” demonstrates, it includes a variety of people, groups and even government agencies that, with varying degrees of autonomy and vigor, advocate for – and sometimes achieve – change.

The significant recent political and social reforms are largely a result of their efforts, coupled with the slow evolution of Cuba’s own political process under new leadership.

Still, when it comes to political rights and freedom of expression, Cuba remains below international standards. According to Human Rights Watch, many people are still arbitrarily detained by Cuban police each year.

Independent journalists also face daily pressures. Cuba Posible, a sometimes critical digital magazine founded in 2014 “not from the perspective of confrontation, but rather conciliation,” closed last year after years of government harassment, pressure and persecution.

And the 2017 firing of a prominent law professor at the University of Oriente for publishing on “unofficial” leftist websites recalls the “gray period” of the 1960s and 1970s, when Cuban intellectuals were routinely ostracized and jailed.

Such incidents inform the international view that José Daniel Ferrer is the victim of a repressive state. 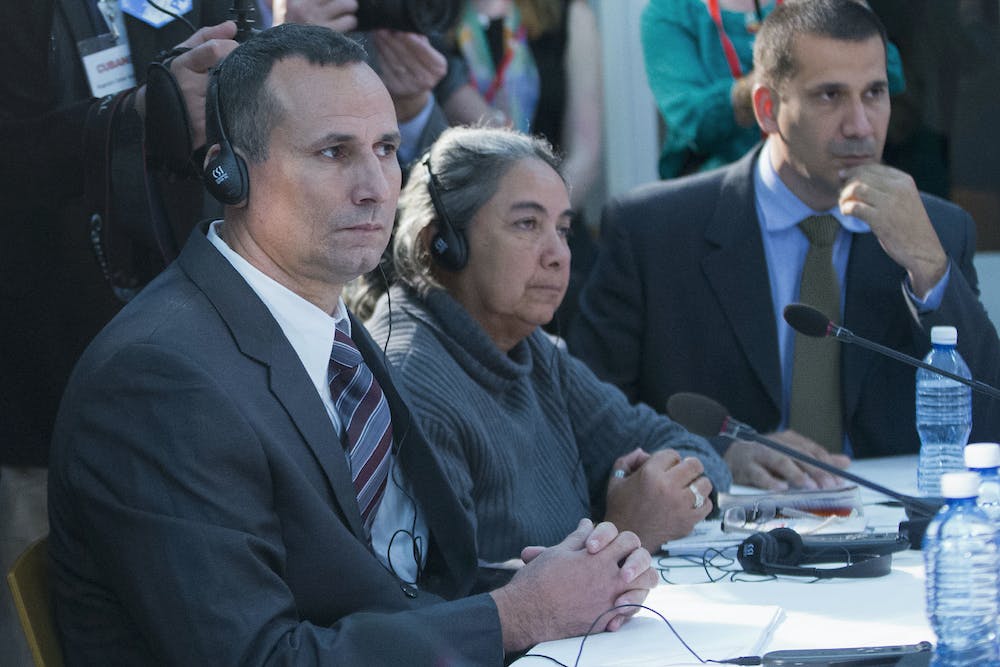 Recent news, however, reveals that the situation is more complicated.

Cuba’s official newspaper Granma says Ferrer was arrested because a colleague at the Patriotic Union accused him of kidnapping and assault.

In a Facebook Live stream posted by one of Patriotic Union’s former members, Sergio García González, the dissident says that after a professional disagreement Ferrer trapped him “all night long” and punched him.

The story ran on the Cuban news channel Noticiero Estelar on Nov. 27, 2019, nearly two months into Ferrer’s incarceration. That segment also featured a video, filmed on hidden camera, which showed Ferrer alone in a prison office beating his head violently against a table. Seconds later, when a man enters the room, Ferrer says that he was beaten by prison officials.

Another negative account of Ferrer came to light more recently. In a video posted online on Dec. 7, 2019, a former Patriotic Union member named Meleidys Gómez accuses Ferrer and his brother of financial fraud, saying they used the organization’s U.S. funding for personal purposes.

It is one of many Cuban dissident groups that receive substantial U.S. funding. Ferrer’s arrest has renewed debate on the island about the U.S. government’s continued financing of pro-democracy programs in Cuba, which costs U.S. taxpayers around $20 millions annually. As of today, more than $200 million has been spent on regime change programs as mandated by Congress without any success.

The allegations against Ferrer are unconfirmed. As the Cuban investigative news site El Estornudo suggests, both the lack of a free press in Cuba and Ferrer’s spurious credibility make it hard to get to the bottom of this confusing case.

Then there is impropriety of secretly filming a prisoner and leaking the footage to the media – one of the irregularities that clearly compromise Cuban criminal justice proceedings against Ferrer.

But since the allegations against Ferrer came to light, other Patriotic Union members have come forward to assert that they were aware of both Ferrer’s violent personality and his financial malfeasance. Ferrer himself previously acknowledged hitting a different Patriotic Union member, in 2017, as shown in a video published last December by another member of the organization.

Together, these details suggest that international calls for the “immediate and unconditional” release of this “Cuban political prisoner” were premature. They indicate a reaction premised on historic reflex rather than known facts.

In Cuba, not every prisoner who is political is a political prisoner.

[Like what you’ve read? Want more? Sign up for The Conversation’s daily newsletter.] María Isabel Alfonso, Professor of Spanish, St. Joseph’s College of New York. This article is republished from The Conversation under a Creative Commons license. Read the original article. Be sure to sign up for Tag The Flag’s nonpartisan newsletter to have articles like this delivered directly to your inbox every weekday morning.