Understanding historical cause and effect can be difficult and contentious. The downing of Ukrainian International Airlines Flight PS752 is a prime example.

While there’s now no question about the Iranian regime’s responsibility for attack, the broader blame game is ongoing. Indeed, it is integral to Tehran’s defence in the face of international condemnation and increasing domestic unrest.

Historians trace the state of Iranian-American relations to 1953, when the Central Intelligence Agency orchestrated a coup against Mohammed Mossadegh and installed Shah Mohammad Reza Pahlavi as a puppet ruler for 25 years. 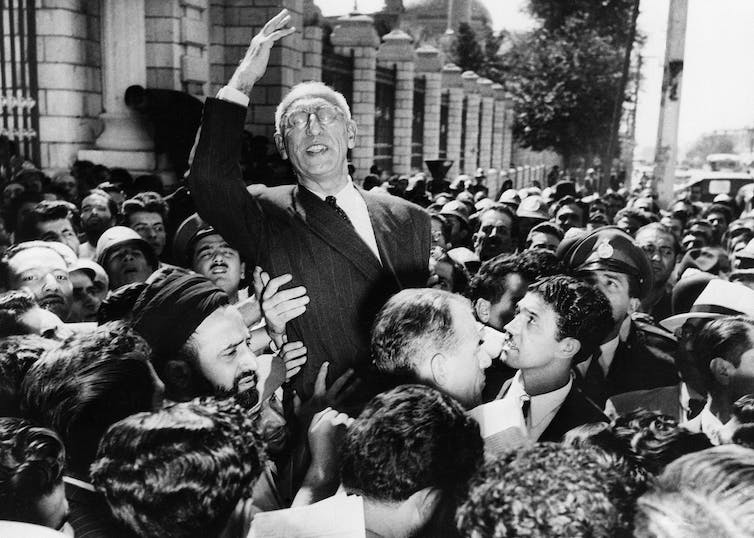 In this September 1951 photo, Prime Minister Mohammed Mosaddegh rides on the shoulders of cheering crowds outside Tehran’s parliament building after reiterating his oil nationalization views to his supporters. The U.S. overthrew his government two years later. AP Photo, File

The 1978 Iranian Revolution ensued, ultimately producing the authoritarian theocracy in power today. Iran’s brutal war from 1980 to 1988 with neighbouring Iraq, then an American ally, helped to entrench the Islamist regime and fuelled further enmity with the U.S.

So too has constant American support for Israel and Saudi Arabia, and Iran’s wide-ranging “proxy wars” in the Middle East through militias and terrorist organizations.

More recently, the U.S. invasion and occupation of Iraq provided a lightning rod for conflict. It simultaneously threatened Iran with perceived regime change while creating the conditions for the country’s expanded influence in the region through control of disaffected Shia. The subsequent civil war in Syria, the rise of the Islamic State (IS) and the ongoing conflict in Yemen furthered opportunities for Tehran to project its power.

To be sure, there have been glimmers of hope for a better relationship over the years.

The so-called Green Movement in Iran in 2009 signalled that not all was well with the fundamentalist regime. Support for reformists since the late 1990s, while intermittent, also points to a more diverse, progressive society in Iran than is often imagined.

On the international stage, the 2015 Joint Comprehensive Plan of Action (better known as the Iran nuclear deal) provided at least an initial framework for dialogue, however debatable its effectiveness. But that process ended with the withdrawal from the protocol in 2018 by Donald Trump’s administration.

The more recent decision to assassinate Qassem Soleimani, major general of the Islamic Revolutionary Guard Corps (IRGC) and commander of the Quds Force — and one of the most important officials in the Iranian government — was an even more obvious hard turn away from any diplomacy with Tehran.

After many threats, that response was Iranian missile attacks on American military bases in Iraq. It was an expected and relatively restrained response from a regime cornered between appearing tough in the face of American aggression and running the risk of a major military escalation with the U.S. that could conceivably imperil its very existence.

Read more: Iran vows revenge for Soleimani’s killing, but here’s why it won’t seek direct confrontation with the US

It is of course too early to know if that’s the extent of Tehran’s response. Soleimani’s death is a major blow to Iranian operations in Iraq and Syria, where he served as the political and military point-man. At the head of the Quds Force, he ran myriad clandestine operations through proxies in Lebanon, Palestine, Yemen and Afghanistan. The U.S. ranked him as one of the most important terrorists in the world.

Soleimani’s assassination was taken as a clear, personal attack on the regime and particularly Iran’s theocracy. 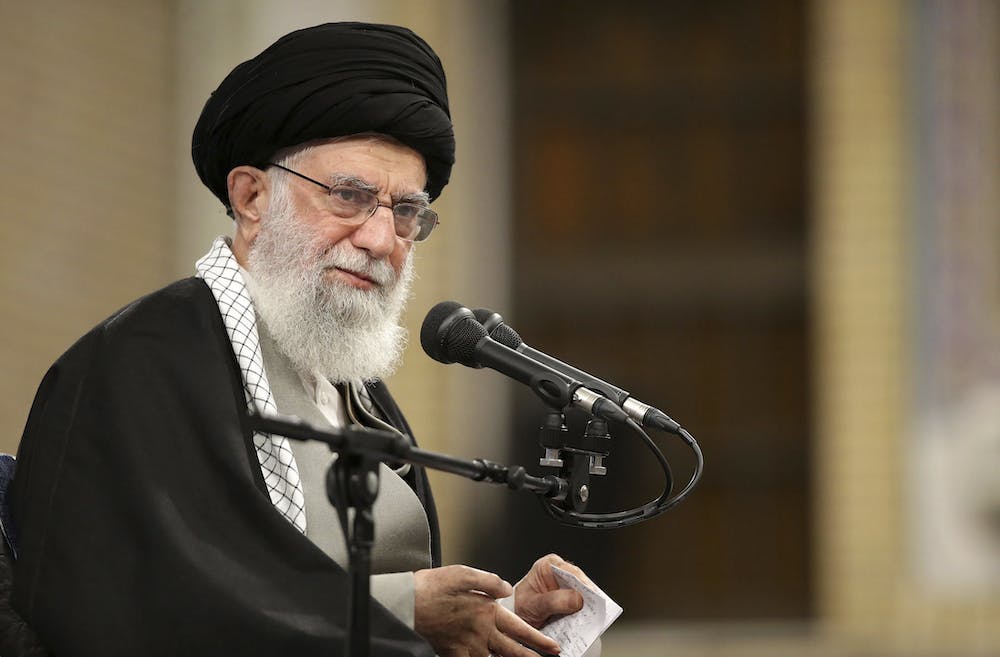 Initially the vanguard of the revolution, the IRGC came to epitomize the oppressive nature of clerical rule and had lost much of its support among Iranians.Quite separate from the Iranian military, the IRGC answers directly to Supreme Leader Ayatollah Khamenei. Historically, the IRGC has also been a kind of barometer of the regime’s integrity with the Iranian populace.

Soleimani was key to its rehabilitation, especially in the face of what many saw as American military adventurism in the Middle East.

His status as a national hero was premised largely on the notion that the IRGC was, once again, defending Iranian sovereignty: challenging the U.S. and its allies throughout the region. In many respects he had tapped into an even deeper sense of Persian nationalism — he represented the legitimate regional aspirations of an ancient and proud people, long besieged by enemies on all fronts. He was, to some degree, a symbol of unity in a fractured state.

It is dangerous to leap from Soleimani’s death to the downing of Flight PS752, or to ultimately blame Washington as Iran now seeks to do. But cause and effect still cast their shadows.

Clearly Iranian authorities feared military escalation from the U.S. after their reprisal for the assassination. And clearly their fears were exacerbated by incompetency evident now on multiple levels, particularly the Iranian Civil Aviation Authority for not closing airspace over Tehran.

Most problematic for the regime is that the IRGC — the only unit with the Russian-made Tor system in question — ultimately bears responsibility for launching the missiles. Admitting to the attack, especially after a series of vigorous denials, has humiliated the regime.

Evidenced by anti-government protests in Iran soon after its admission, it’s also exposed the leadership to precisely what it fears most: the domestic opposition it has been battling for years.

Often overlooked by Westerners in this calculation is the 1988 Iranian Airlines Flight 655 incident, when missiles from the USS Vincennes were mistakenly launched at the civilian jet, killing all on board.

That event became a central pillar of the clerics’ attempts to carve a collective Iranian identity built principally on vehement anti-Americanism, and to consequently legitimize their own control. 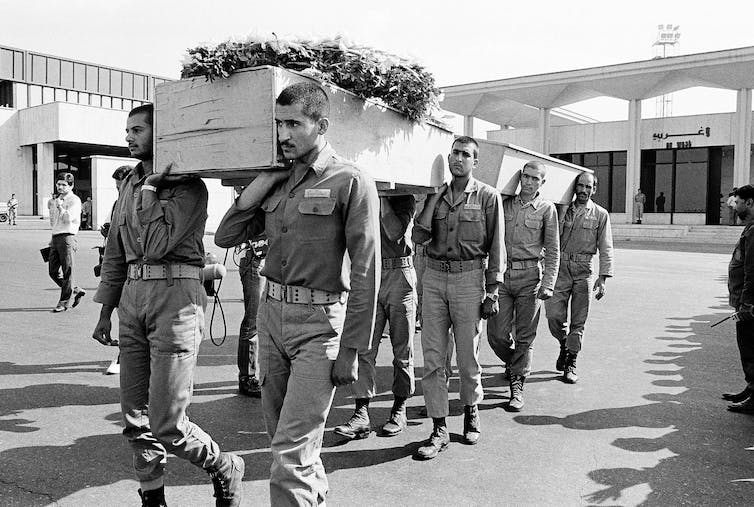 In this July 1988 file photo, a funeral procession is held for six Pakistani and Indian nationals who were killed aboard Iran Air Flight 655. AP Photo

Commemorated in speeches, educational curriculums, even postage stamps, Flight 655 reinforced notions that Iran was perpetually under attack. Indeed, just a couple of days before the attack on Ukrainian International Airlines, tweets from senior Iranian officials reminded followers about Flight 655.

Now, with Flight PS752, Iran was the attacker. Hypocrisies were revealed, and opportunities to exploit both domestic and international support in the face of American actions were lost.

So what about the United States? As Trump so quickly pointed out, the “mistake” most definitely came “from the other side.” But his decisions still loom large in a fair discussion of cause and effect.

There are serious questions about what went into the decision to kill Soleimani. Parallels to Osama bin Laden are inevitable, but neither the context nor the consequences are analogous.

Attacks on Iranian interests have the potential of far greater, and faster, escalation than any involving al-Qaida or other terrorist organizations. And the initial rationale — that Soleimani was planning an “imminent attack” on U.S. interests — has changed. Instead, Trump argued, the hit was for past actions.

That’s a very different calculation, especially in the eyes of public opinion.

Even if the assassination is still considered legitimate, questions about possible consequences seem to have been ignored. Soleimani’s status as a national hero doesn’t seem to have registered. A sophisticated understanding of the Iranian regime and its need to respond to any attack on its interests also seems to have been lacking. 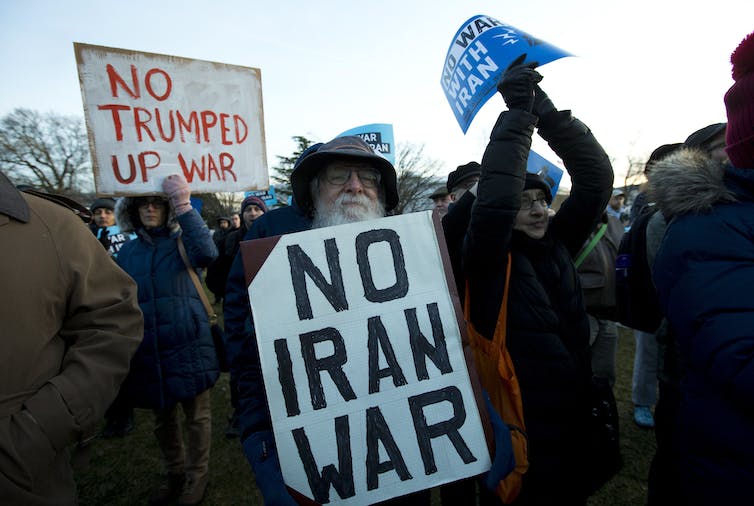 Demonstrators protest outside of the U.S. Capitol on Jan. 9, 2020. AP Photo/Jose Luis Magana

Historical calculations were probably never even entertained in calculating what might happen after the hit. In an administration notorious for its revolving door of senior officials and advisers, whose expertise was instrumental in making a decision of that magnitude? Was any sought at all?

Regardless of any moral and ethical considerations, the assassination of Soleimani constitutes a dramatic escalation in a region already dangerously volatile, and it was arguably disproportionate to the threat he posed.

Questions about cause and effect don’t spare Canada, either. The 2012 decision by the government of Stephen Harper to cut diplomatic ties with Iran now significantly complicates Ottawa’s efforts to take part in the investigation of Flight PS752 and to best represent Canadian victims.

Prime Minister Justin Trudeau’s demands for a full, open, international investigation into the incident are helped by Iran’s belated admissions, but he cannot expect the regime to fully comply in straightforward fashion. A significant improvement in Iranian-Canadian relations remains a distant dream.

Perhaps even more important is the disturbing fact that Ottawa was left in the dark about Trump’s Soleimani intentions. Especially with allies so close, it is customary — and necessary — to consult in matters of national security. 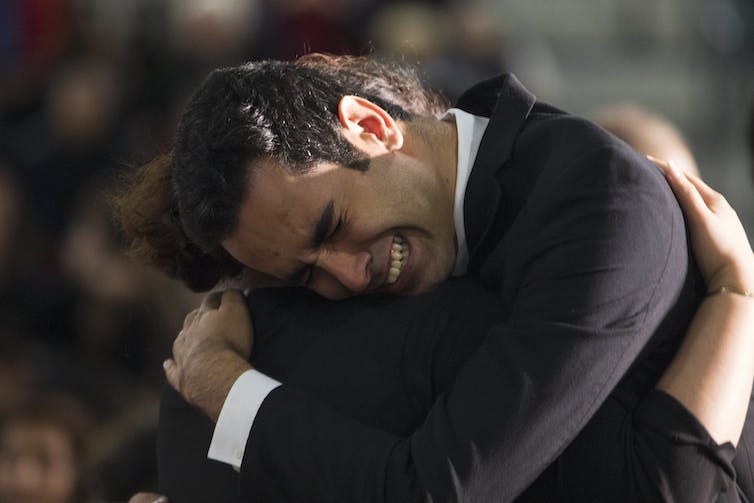 Members of the Iranian community break down during a memorial for the victims of the Ukrainian plane disaster in Iran in Edmonton on Jan. 12, 2020. THE CANADIAN PRESS/Todd Korol

Canadians, both soldiers and civilians, who were potentially in danger in the region could have been warned if Ottawa had been informed. It also raises serious questions about the current state of the Canada-U.S. relationship.

Trump’s personal dislike of Trudeau, and evident disregard for Canada, is obvious. Less clear is how the historically high degree of communication and integration between the two countries has changed under Trump’s watch.

Asked directly about whether he thought the U.S. bore some responsibility for the downing of PS752, Trudeau said: “I think it is too soon to be drawing conclusions or assigning blame or responsibility in whatever proportions.”

It was a quiet but obvious suggestion that the Trump administration was not above reproach in a great tragedy with significant international consequences.

[You’re smart and curious about the world. So are The Conversation’s authors and editors. You can read us daily by subscribing to our newsletter.] Arne Kislenko, Associate Professor of History, Ryerson University. This article is republished from The Conversation under a Creative Commons license. Read the original article. Be sure to sign up for Tag The Flag’s nonpartisan newsletter to have articles like this delivered directly to your inbox every weekday morning.