Since 1990, the homicide rate has declined by 20%. Researchers are still figuring out what’s behind the trend: increased incarceration, improvements in the economy or even aging populations.

Americans are currently living in one of the lowest crime periods ever – and so are many people in the rest of the world.

Following decades of increasing crime during the 1960s, ‘70s and ’80s, U.S. homicide rates declined by almost 40% throughout the 1990s, and have remained low since. 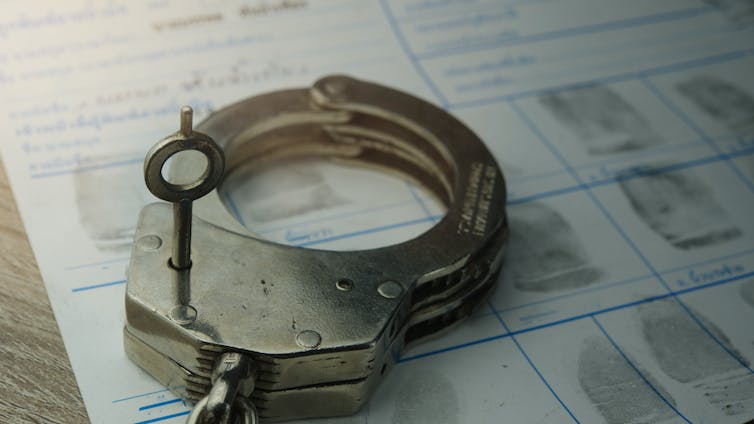 Most explanations of this extraordinary decline in violence put forth by politicians and early academic research focus on events and domestic policies exclusive to the United States. However, emerging studies are providing evidence that this crime decline is not unique to the U.S., but rather occurring across most of the world.

A global decline in violence suggests that criminal justice policies of individual countries may have less impact on the decline in homicide than worldwide events or trends.

In our new study, published on Oct. 9, we make the case for another possible explanation: The population of countries around the world is getting older.

Most of the world has experienced a parallel reduction in homicide over the previous three decades.

In fact, the homicide patterns observed across countries spread throughout the world are strikingly similar over time. Despite having unique cultures, criminal justice policies and systems of governance, countries in North America, Europe, Asia and Oceania have seen homicide reduce by similar magnitudes over similar time periods.

The steepest reductions typically occurred in the safest regions of the world. For example, homicide rates fell further in Asia and Western Europe, which already had the lowest levels of homicide.

There are two major exceptions to the trend: Africa, where quality data are lacking, and Latin America, a region marked by historically higher levels. In fact, since 1990, Latin America has experienced a 9% increase in homicide rates.

Social scientists are not certain of the causes of this overall decline.

Policymakers, scientists and law enforcement officials have proposed several explanations for the dramatic reductions in crime during this period, including increased incarceration, receding drug markets, innovations in policing, improvements in the economy, increased immigration and the legalization of abortion.

Most of these explanations link the violence reduction to domestic policies of individual countries.

Of course, this type of research is challenging, as many countries do not collect reliable data on key variables. For example, long-term data on gun ownership, drug use, the influence of organized crime and the efficacy of courts and policing institutions are not available for most countries.

Age and the homicide decline

We have a global explanation.

Between 1950 and 2019, the world median age has increased from 24 to 31 years. This graying population will pose many new challenges and possibly drag down economic growth.

Could an aging population be the driving force behind decreasing crime? This has been one of the hypothesized causes since the very early research about the homicide decline.

Research shows that crime participation peaks during adolescence and early adulthood, then declines as individuals progress through adulthood. It follows then that countries should have more violent crime when a greater proportion of their population are teenagers and young adults. Research also shows that older societies tend to be more orderly and more peaceful.

We looked at homicide data from the World Health Organization and United Nations Office on Drugs and Crime, as well as the United Nations data on the age composition of countries.

Accounting for features of countries such as percentage of males, economic inequality, economic development and how urban or rural a country is, we found that the percentage of a country’s population that is young – between 15 and 29 years old – has been a key predictor of homicide trends since 1960.

For the safest countries, a one percentage point increase in the percent of people aged 15 to 29 corresponds to an increase of 4.6% in the homicide rate.

In the United States, rising homicide rates during the 1960s and 1970s paralleled a spike in the young population following the baby boom. An early homicide decline occurred in the 1980s, which follows a trend of a decreasing youth population as baby boomers aged into late adulthood. This early crime decline was interrupted in 1985 by the crack epidemic, and the corresponding escalation of violence. However, in 1992, as the crack epidemic waned, homicide trends resumed their decline alongside an aging population.

Aside from the United States, several other countries around the world also experienced steep homicide declines since the 1990s in parallel with an aging of their populations, such as Canada, Austria, Japan and Italy.

These countries share few commonalities in terms of their national cultures, domestic policies and approach to criminal justice. Japan, for example, has seen a steep aging of their population and a homicide decline, but with far less forceful criminal justice policies than those in the U.S.

Our models suggest to us that age plays a large role in this pattern. Age was the only factor we looked at that consistently predicted homicide increases and declines over an extended period of time.

[ You’re smart and curious about the world. So are The Conversation’s authors and editors. You can read us daily by subscribing to our newsletter. ]

Mateus Renno Santos, Assistant Professor of Criminology, University of South Florida and Alexander Testa, Assistant Professor of Criminology & Criminal Justice, The University of Texas at San Antonio. This article is republished from The Conversation under a Creative Commons license. Read the original article. Be sure to sign up for Tag The Flag’s nonpartisan newsletter to have articles like this delivered directly to your inbox every weekday morning.