Answer: More than 20,000 companies file for bankruptcy every year

About 23,000 companies went out of business in 2017. Here is how corporate bankruptcy works by Lindsey Simon, University of Georgia. Cover Photo: Angelo Yap, Flickr

Although companies follow many different paths to bankruptcy, each one encounters a process that is carefully designed to balance the rights of debtors and creditors.

As I’ve learned from studying and practicing bankruptcy law, the system is not perfect, and sometimes outcomes seem unfair. But bankruptcy is definitely not a “get out of jail free” card for companies deep in debt.

Making the best of a grim situation

To most people, bankruptcy has a negative image. And for good reason: A filing almost always means there’s not enough money to go around.

But the system makes the best of a grim situation by imposing an orderly and open process that preserves value and encourages negotiation. Bankruptcy reorganizations by well-known brands such as Delta and General Motors show that it can bring parties together and resurrect struggling companies.

At the most fundamental level, the Bankruptcy Code creates an estate to collect all assets in one place, identify and categorize claims against the debtor in terms of priority and then distribute the assets accordingly.

Exactly how this plays out depends largely on what type of bankruptcy case the debtor files. 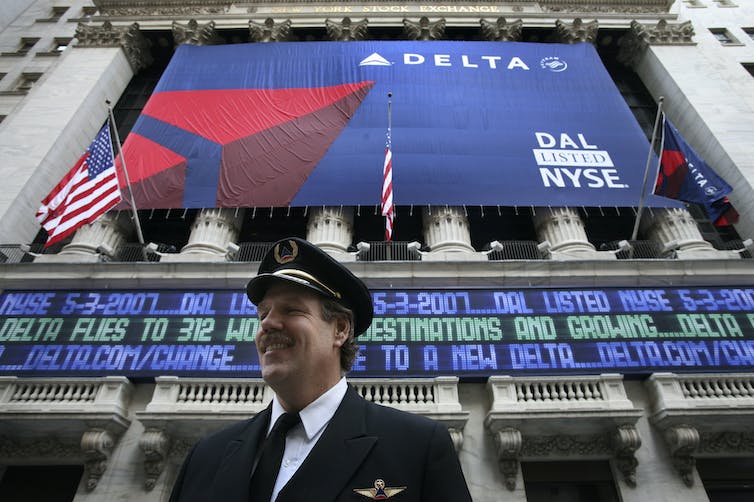 Chapter 7 cases are designed to liquidate the company, meaning it will no longer exist, and any remaining value is divided up and distributed to creditors.

In contrast, a Chapter 11 reorganization allows a debtor to sell some or all of its assets or propose a reorganization plan that aims to resolve and satisfy enough creditors to re-emerge as a going concern.

For example, airlines United, Delta and American all filed for Chapter 11 protection in the mid-2000s and managed to unload enough debt to stay aloft. More recent filings seeking reorganization include those by Sears, Pacific Gas and Electric Company and Toys R Us.

Once a Chapter 11 plan of reorganization is finalized and approved, a debtor emerges from bankruptcy and continues operating, usually in a stronger position than before.

Benefits of bankruptcy for debtors

Bankruptcy provides at least two valuable benefits to all debtors: time and space.

The moment a debtor files its petition, an automatic stay is imposed on creditors, which operates like a pause button on any collection efforts, litigation or similar actions. Creditors can ask the court to lift the stay under certain circumstances, but the standard for doing so is often difficult to meet.

The bankruptcy court has broad authority to control all matters involving the debtor’s estate, including claims that are distantly related to the main bankruptcy case. The debtor may ask the court to pause other lawsuits outside of the bankruptcy case if they affect the estate. By bringing together all those with a stake in the company’s assets in one place, a debtor can more efficiently deal with all claims against it.

Debtors then evaluate their problems and make the necessary changes to succeed after reorganizing. This includes deciding which contracts they want to carry forward and which to abandon.

To avoid a contested process, savvy debtors seek a global settlement with as many stakeholders as possible and offer “sweeteners” to sway undecided creditors to support their plan.

What many people misunderstand, however, is that this power is balanced by strong creditor protections For example, the Bankruptcy Code requires a debtor to publicly file information about all of its assets and liabilities, sit for a bankruptcy deposition with creditors and seek the court’s permission before taking many actions outside of the ordinary course of business.

The code provides for additional checks on the debtor, including the unsecured creditors’ committee and the U.S. Trustee. Creditors that are concerned about the debtor’s ability to preserve the estate’s value may ask the court to appoint an examiner or trustee to take possession of the estate, and creditors may even move to dismiss the case if they believe the debtor is abusing the bankruptcy process.

These and other features add a degree of fairness to an inherently unjust situation. The debtor may be sitting in the driver’s seat, but numerous other stakeholders have the power to make sure that the company follows the rules of the road.

This is a shortened version of an article originally published on Aug. 29, 2019. [Deep knowledge, daily. Sign up for The Conversation’s newsletter.] Lindsey Simon, Assistant Professor of Law, University of Georgia.