Answer: Janet Airlines is a highly classified airline that shuttles military personnel in and out of Area 51. The name stands for ‘Just Another Non-Existent Terminal’

While Facebook and it’s more mobile friendly counterpart Instagram have faced several challenges over the past year ranging from privacy concerns to blackouts, both still remain the undefeated champions of spreading information, both wrong and right, at lightning speed. Some of the information that’s spread the quickest is breaking news. Some posts pertain to memorable moments that evoke a sense of nostalgia. And then there are those bizarre, quirky posts that pick up steam like an avalanche, cascading down a mountain, threatening anything in its path. The most recent example of this was organized by a public meme page “Shitposting cause im in shambles” who partnered with a Twitch video game streamer named SmyleeKun to cobble together an event called “Storm Area 51, They Can’t Stop All of Us.” Those who have RSVP’d to this viral event have pledged to fly out to Lincoln Country, Nevada, and “all meet up at the Area 51 Alien Center tourist attraction and coordinate our entry” at 3 am Pacific on September 20. More than 920,000 people have signed up. While a majority of the people who have signed up may forget about the event by the time it ultimately rolls around, surely there will be a few that won’t. So how do these die-hard fans plan on getting to Nevada’s famed Area 51? By car? Possibly. How about by plane? Well, unless you’re a U.S. government employee, that’s probably not an option. In the off chance, you are though, you can take the highly classified airline that shuttles military personnel in and out of Area 51: Janet Airlines. 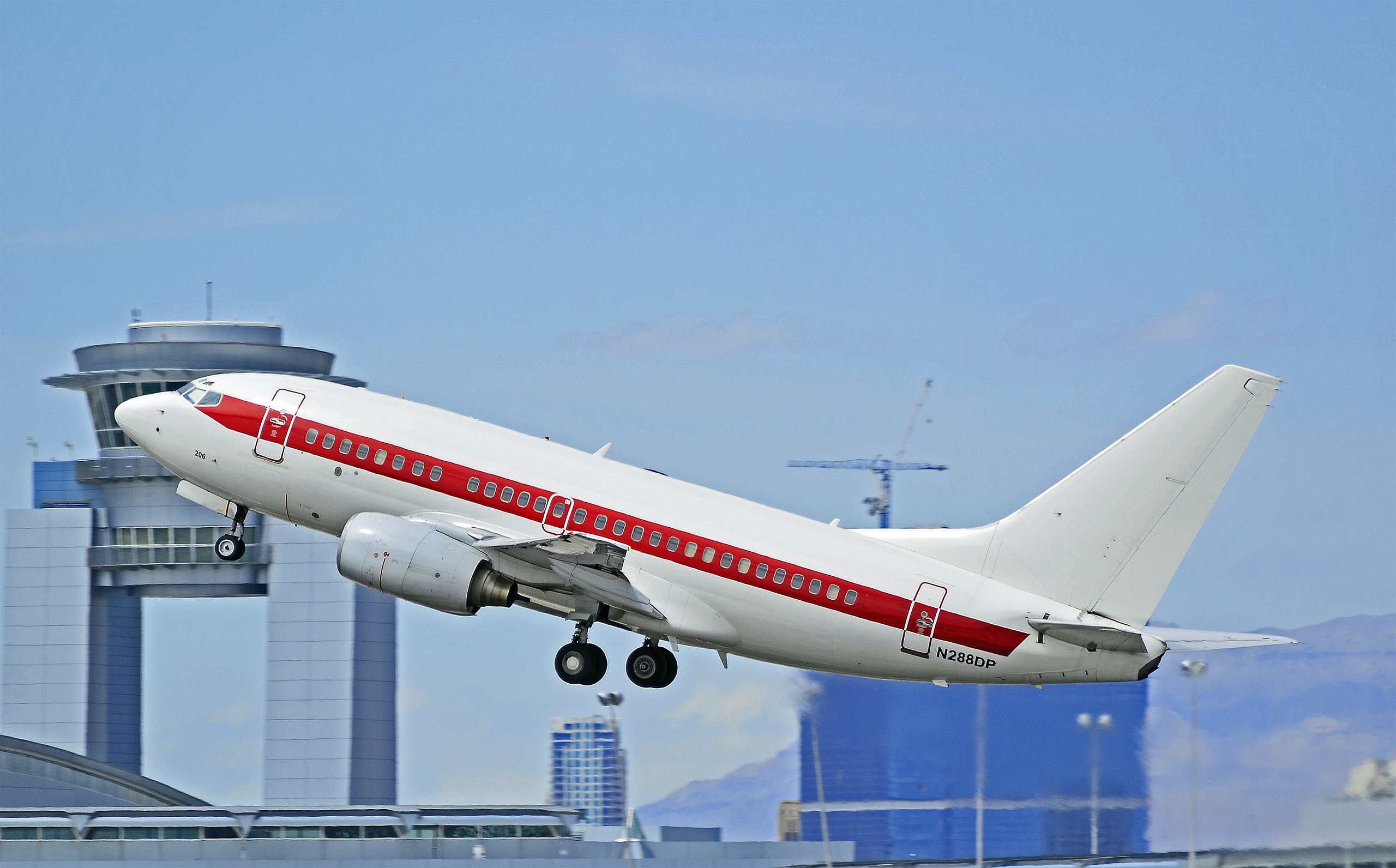 Janet has been the subject of much debate over the years, and by all accounts, information on the carrier is still somewhat minimal. However, with some digging, a few agreed-upon facts can be uncovered. To begin, Janet is the unofficial name given to a highly classified fleet of passenger aircraft operated for the United States Department of the Air Force. Its objective is to shuttle military employees and associated contractors and mainly serves the Nevada National Security Site (most notably Area 51 and the Tonopah Test Range), from a private terminal at Las Vegas’s McCarran International Airport. The fleet’s “Janet” call sign, from which its de facto name comes, is said to stand for “Just Another Non-Existent Terminal” according to Dream Land Resort. It is also sometimes known as “Joint Air Network for Employee Transportation”. (As a quick sidenote, Area 51 is sometimes referred to as Dreamland or Paradise Resort. According to the Central Intelligence Agency (CIA), the correct names for the facility are Homey Airport (ICAO: KXTA) and Groom Lake, though the name Area 51 was used in a CIA document from the Vietnam War.) For those who follow Janet, each weekday about 20 flights in each direction transport between 1000 and over 1500 workers from Las Vegas to their jobs at Area 51. Janet does have the ability to be tracked seeing as how it has an airline code and flight numbers. With that said, due to the secrecy of the airline, Janet Airlines uses special codes for their destinations. 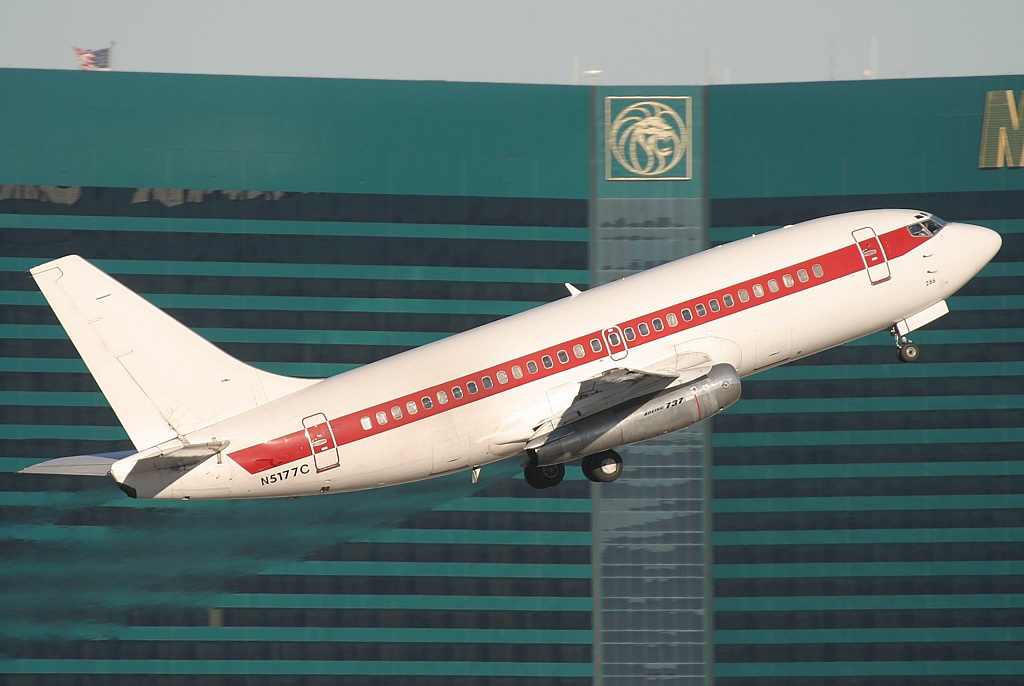 A Janet 737-200 departing from McCarran International Airport, Las Vegas, Nevada with the MGM Grand Las Vegas in the background.

As if the secret nature of the airline isn’t enough, there have been two instances that have fueled even more speculation and conspiracy. One occurred on March 16th, 2004 when Janet Airlines crashed seven miles southeast of Tonopah Test Range Airport. As he approached the airport, the pilot became incapacitated due to sudden cardiac death. While in a circle pattern, the plane’s nose gradually dipped down and eventually smashed into the ground destroying the plane and setting the fuel on the fire. The plane subsequently burst into flames. It was later revealed the pilot had high blood pressure and neglected to report it. While we can assume the plane was taking off from McCarran International Airport in Las Vegas, the website Aviation Safety Network simply marks the departure airport with a simple: “?”. Over a decade later, in October of 2017 news surfaced that the shooter of the Las Vegas Massacre had also targeted aviation fuel tanks at nearby McCarran, but didn’t cause an explosion. According to the New York Post, the massive fuel tanks are located very close to the secret fleet of passenger planes that make up Janet airlines. As if the shooter targeting these tanks wasn’t strange enough already the New York Post notes that “it’s also a very intriguing angle given [the shooter] worked for the predecessor of Lockheed Martin, one of the U.S. government’s most relied upon military aviation manufacturers.” With that being said, if you are planning on making your way to Area 51 in September, don’t expect a lift from Janet. But if a non-descript, unmarked plane flies overhead in the direction you’re going, you’ll know you’re on the right path. 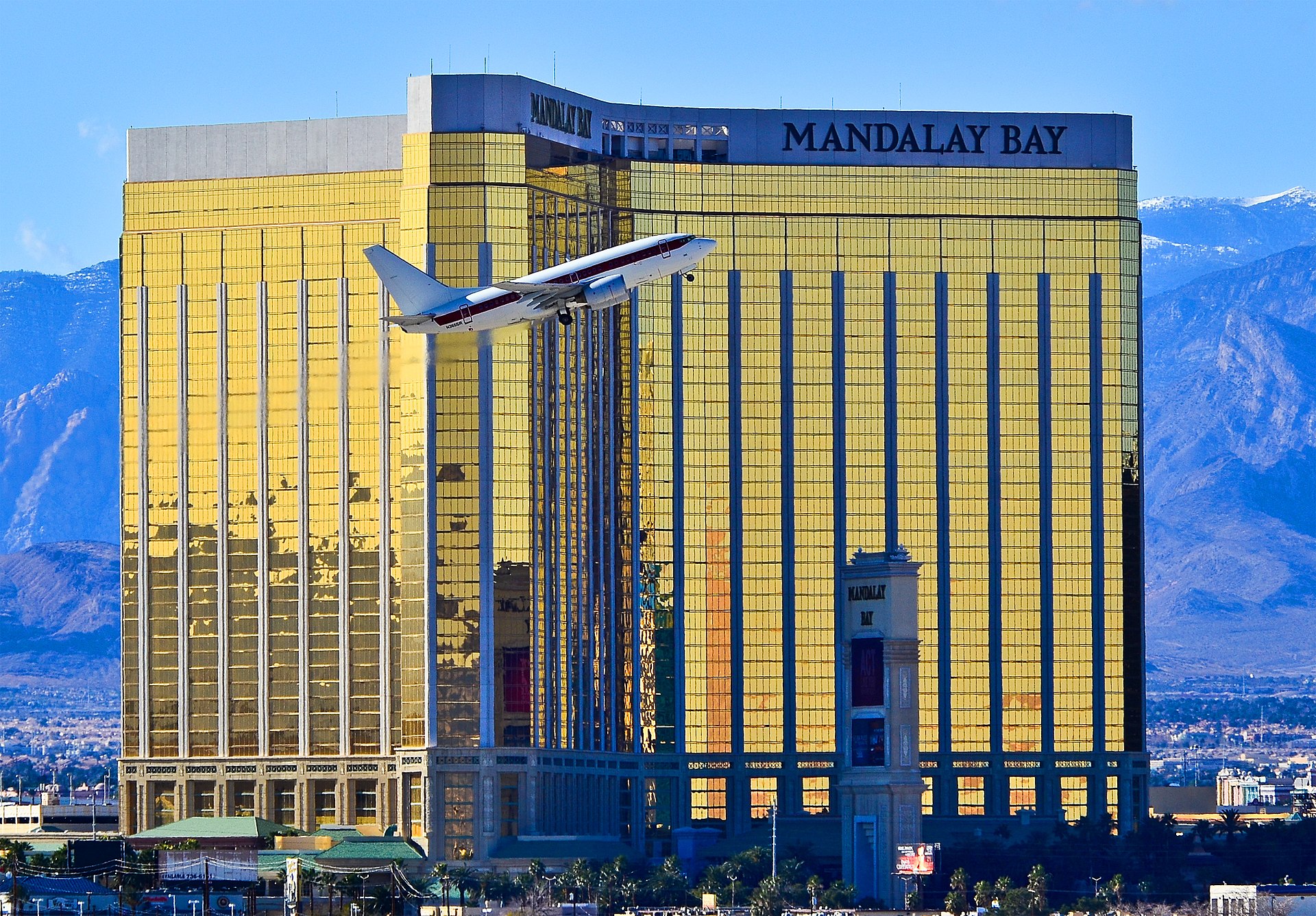 A Janet Boeing 737-66N in front of the Mandalay Bay Hotel.