Answer: scary clowns evoke ambiguity or the idea of not really being sure how to react to a person or situation.

Hollywood has long exploited our deep ambivalence about clowns, and this fall’s film lineup is no different.

Stephen King’s evil clown, Pennywise, will make his second screen appearance in two years in “It Chapter Two,” while Batman’s demented nemesis The Joker, played by Joaquin Phoenix, will appear as the antihero of his origin story, “Joker.”

How did a mainstay of children’s birthday parties start to become an embodiment of pure evil?

In fact, a 2008 study conducted in England revealed that very few children actually like clowns. It also concluded that the common practice of decorating children’s wards in hospitals with pictures of clowns may create the exact opposite of a nurturing environment. It’s no wonder so many people hate Ronald McDonald. 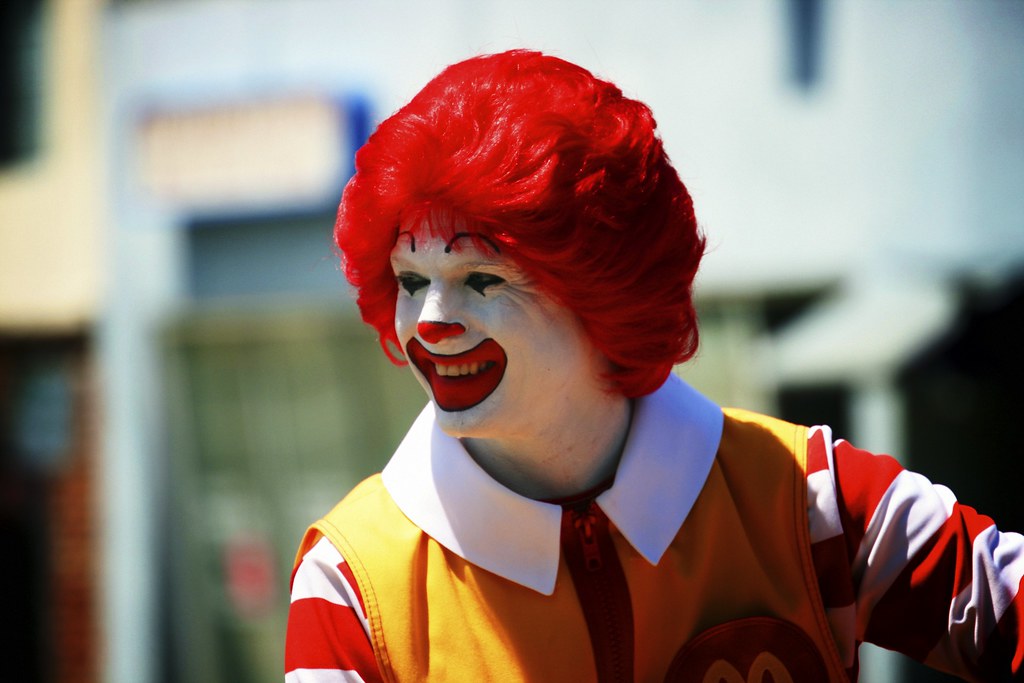 But as a psychologist, I’m not just interested in pointing out that clowns give us the creeps; I’m also interested in why we find them so disturbing. In 2016, I published a study entitled “On the Nature of Creepiness” with one of my students, Sara Koehnke, in the journal New Ideas in Psychology. While the study was not specifically looking at the creepiness of clowns, much of what we discovered can help explain this intriguing phenomenon.

The march of the clowns

Clown-like characters have been around for thousands of years. Historically, jesters and clowns have been a vehicle for satire and for poking fun at powerful people. They provided a safety valve for letting off steam and they were granted unique freedom of expression – as long as their value as entertainers outweighed the discomfort they caused the higher-ups.

Jesters and others persons of ridicule go back at least to ancient Egypt, and the English word “clown” first appeared sometime in the 1500s, when Shakespeare used the term to describe foolish characters in several of his plays. The now-familiar circus clown – with its painted face, wig and oversized clothing – arose in the 19th century and has changed only slightly over the past 150 years.

Nor is the trope of the evil clown anything new. In 2016, writer Benjamin Radford published “Bad Clowns,” in which he traces the historical evolution of clowns into unpredictable, menacing creatures. Scary Clowns: A detail from one of serial killer John Wayne Gacy’s clown paintings. The Orchid Club/flickr, CC BY

Then, for several months in 2016, creepy clowns terrorized America. The persona of the creepy clown really came into its own after serial killer John Wayne Gacy was captured. In the 1970s, Gacy appeared at children’s birthday parties as “Pogo the Clown” and also regularly painted pictures of clowns. When the authorities discovered that he had killed at least 33 people, burying most of them in the crawl space of his suburban Chicago home, the connection between clowns and dangerous psychopathic behavior became forever fixed in the collective unconscious of Americans.

Reports emerged from at least 10 different states. In Florida, fiendish clowns were spotted lurking by the side of the road. In South Carolina, clowns were reportedly trying to lure women and children into the woods.

It isn’t clear which of these incidents were tales of clowning around and which were truly menacing abduction attempts. Nonetheless, the perpetrators seem to be tapping into the primal dread that so many children – and more than a few adults – experience in the presence of clowns.

The nature of creepiness

Psychology can help explain why clowns – the supposed purveyors of jokes and pranks – often end up sending chills down our spines.

My research was the first empirical study of creepiness, and I had a hunch that feeling creeped out might have something to do with ambiguity – about not really being sure how to react to a person or situation.

We recruited 1,341 volunteers ranging in age from 18 to 77 to fill out an online survey. In the first section of the survey, our participants rated the likelihood that a hypothetical “creepy person” would exhibit 44 different behaviors, such as unusual patterns of eye contact or physical characteristics like visible tattoos. In the second section of the survey, participants rated the creepiness of 21 different occupations, and in the third section they simply listed two hobbies that they thought were creepy. In the final section, participants noted how much they agreed with 15 statements about the nature of creepy people. 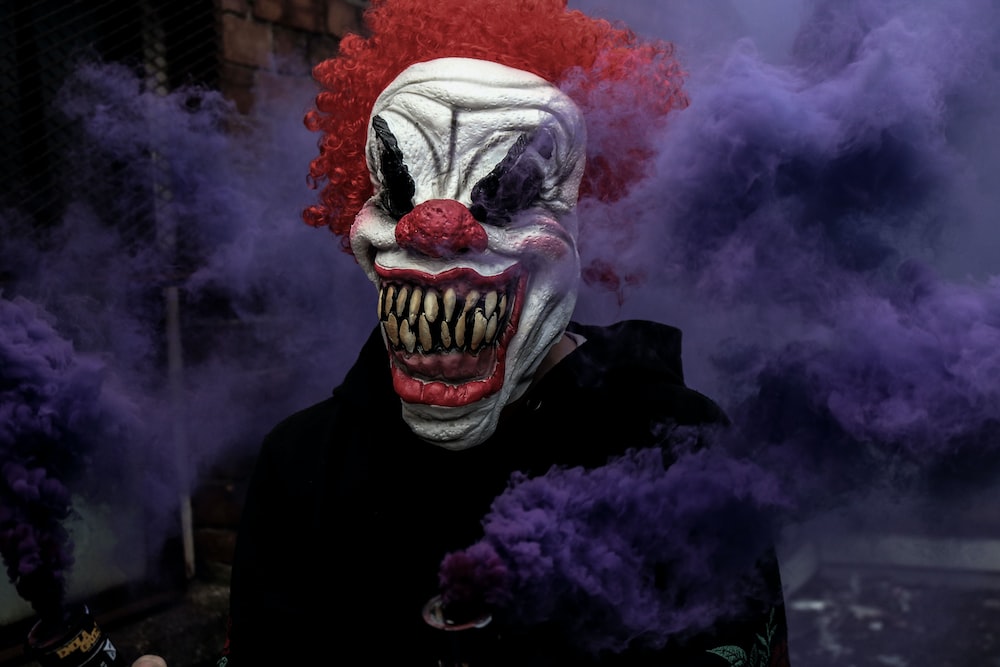 Scary Clowns evoke ambiguity – about not really being sure how to react to a person or situation.

The results indicated that people we perceive as creepy are much more likely to be males than females, that unpredictability is an important component of creepiness and that unusual patterns of eye contact and other nonverbal behaviors set off our creepiness detectors big time.

Unusual or strange physical characteristics such as bulging eyes, a peculiar smile or inordinately long fingers did not, in and of themselves, cause us to perceive someone as creepy. But the presence of weird physical traits can amplify any other creepy tendencies that the person might be exhibiting, such as persistently steering conversations toward peculiar sexual topics or failing to understand the policy about bringing reptiles into the office.

When we asked people to rate the creepiness of different occupations, the one that rose to the top of the creep list was – you guessed it – clowns.

The results were consistent with my theory that getting “creeped out” is a response to the ambiguity of threat and that it is only when we are confronted with uncertainty about threat that we get the chills.

For example, it would be considered rude and strange to run away in the middle of a conversation with someone who is sending out a creepy vibe but is actually harmless; at the same time, it could be perilous to ignore your intuition and engage with that individual if he is, in fact, a threat. The ambivalence leaves you frozen in place, wallowing in discomfort.

This reaction could be adaptive, something humans have evolved to feel, with being “creeped out” a way to maintain vigilance during a situation that could be dangerous.

Why clowns set off our creep alert

In light of our study’s results, it is not at all surprising that we find them to be creepy.

Rami Nader is a Canadian psychologist who studies coulrophobia, the irrational fear of clowns. Nader believes that clown phobias are fueled by the fact that clowns wear makeup and disguises that hide their true identities and feelings.

This is perfectly consistent with my hypothesis that it is the inherent ambiguity surrounding clowns that make them creepy. They seem to be happy, but are they really? And they’re mischievous, which puts people constantly on guard. People interacting with a clown during one of his routines never know if they are about to get a pie in the face or be the victim of some other humiliating prank. The highly unusual physical characteristics of the clown – the wig, the red nose, the makeup, the odd clothing – only magnify the uncertainty of what the clown might do next. 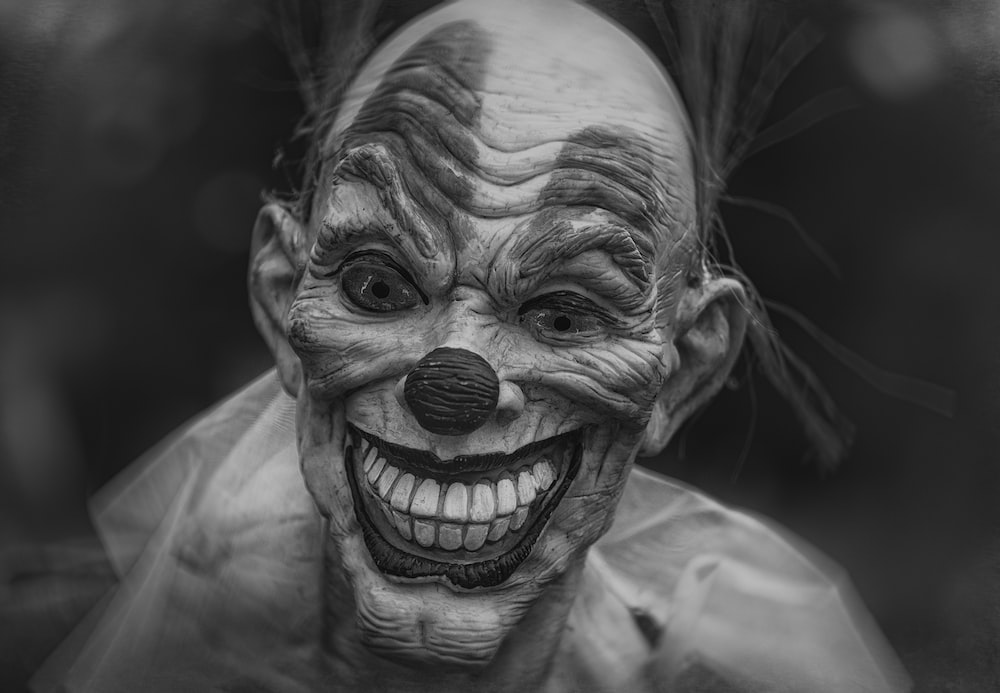 Scary Clowns: it is not at all surprising that we find them to be creepy.

There are certainly other types of people who creep us out; taxidermists and undertakers made a good showing on the creepy occupation spectrum. But they have their work cut out for them if they aspire to the level of creepiness that we automatically attribute to clowns.

In other words, they have big shoes to fill.

This is an updated version of an article originally published on Sep. 28, 2016. Frank T. McAndrew, Cornelia H. Dudley Professor of Psychology, Knox College

This article about scary clowns is republished from The Conversation under a Creative Commons license. Read the original article. Be sure to sign up for Tag The Flag’s nonpartisan newsletter to have trivia like this and more.