Answer: China produces the most socks in the world, followed by Turkey and then Italy

This trivia is sponsored by KANE 11. Kane 11 is disrupting the men’s socks industry at lightning speed by offering socks in single sizes, 7 through 17. Traditional sock companies only offer One-Size-Fits-all or just a couple of sizes to fit every size foot. You wouldn’t buy shoes in a size range like 9-13. Why buy socks that way? Socks in individual sizes, 7 thru 17. Click here to get 20% off your first order→

When you put on your socks in the morning, there’s a good chance that unless you knit them yourself they came from somewhere outside of the United States. Roughly one-third of the time the socks came from China. In fact, the Datang District in eastern China is one of the top sock producers in the world and has been aptly named, “Sock City”. As quoted in The Guardian, Xu Leile – whose company clothes the feet of the British and US armies, European hikers and pampered pet dogs – said: “People always need socks”. He’s right. Not only do our feet grow, but the clothing item is prone to getting lost or simply old and smelly after being worn so many times. Sock City epitomized China’s economic success story and at one point was producing as much as a third of the world’s sock supply and thriving even through the financial crisis in 2008 and the subsequent global recession. Since then, however, there are a few other players in the global sock game.

Enter Turkey. According to the Knitting Industry, “Turkey has crossed Italy in socks exports and rose to second place after China. Istanbul is the main production center, with 85% of the factories operating in the city.” On the whole, there are over 300 sock factories in Turkey and it’s estimated that 2.2 billion pairs of socks are produced annually in the country that connects the East to the West. After exporting roughly 75% of the socks they produce, Turkish socks make their way to buyers in the UK, Germany, and France. According to Ozkan Karaca, chairman of The Socks Committee in Istanbul, “the US is the world’s largest importer of socks by importing socks of US$ 2.2 billion annually. Germany is second with US$ 1 billion 20 million imports, and Japan comes third with about US$ 1 billion socks imports.” Needless to say, Turkey has its eyes on the US Market. 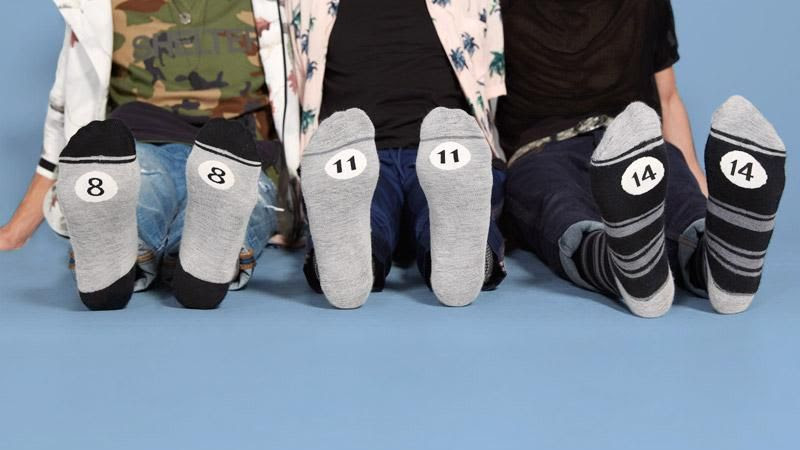 Kane 11: Disrupting the Men’s Footwear Game by bringing you Socks in individual sizes, 7 thru 17. Click here to get 20% off your first order→

With that said, there are some local players that are making a name for themselves stateside. One is Kane 11 who is disrupting the men’s socks industry at lightning speed by offering socks in single sizes, 7 through 17. Traditional sock companies only offer One-Size-Fits-all or just a couple of sizes to fit every size foot. Kane 11’s question to consumers is: you wouldn’t buy shoes in a size range like 9-13 so why buy socks that way? Just like your shoes, shirts, and pants, KANE 11 socks are sized to fit you perfectly, so, whether you’re a size 8, 10, 13 or 16, the American upstart has socks in each individual size. Best of all, these socks are manufactured right here in America so not only will you be supporting a local business, but you know you’ll be getting a quality product that fits exactly to the size of your foot. There’s a reason why they’ve been raved about on websites ranging from Esquire to Good Day New York. Keep your feet happy, and click here to check them out.