The Great Chicago Fire of 1871 was horrific. It killed hundreds of people, destroyed thousands of buildings, and caused millions of dollars of damage. All of this, according to one legend, was directly related to bovine intervention. That’s right, many people think a cow started the whole thing by kicking over a lamp in the barn of Patrick and Catherine O’Leary. Nick Greene of Mental Floss says that Mrs. O’Leary and her cow get a bad rap, however, and that the fire was bound to happen. “The city was densely packed with wooden homes, buildings, and over 561 miles of wood sidewalks” and was essentially a “tinderbox waiting for the slightest spark.” 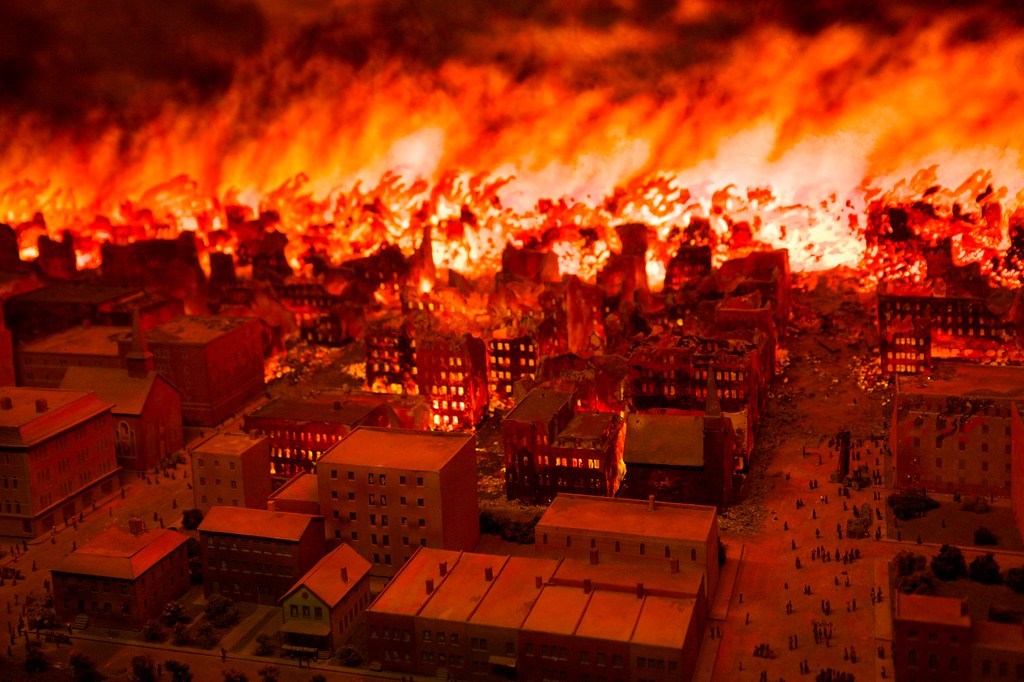 The Great Chicago Fire of 1871 diorama in Chicago History Museum.

After the fire, wood-based construction was banned downtown and is credited with helping prevent another blaze a few years later. In 1874, on the Southside of Chicago, a fire ignited causing the death of 20 people and loss of close to 50 acres of land.

While the fires certainly didn’t help, they didn’t hinder the Windy City’s growth in the late 1800s either. According to History, “at the time of the fire, Chicago’s population was approximately 324,000; within nine years, there were 500,000 Chicagoans. By 1893, the city was a major economic and transportation hub with an estimated population of 1.5 million.”

Late one night, when we were all in bed,
Mrs. O’Leary lit a lantern in the shed.
Her cow kicked it over,
Then winked her eye and said,
“There’ll be a hot time in the
old town tonight!”