The map below shows the United States colored by the linguistic source of each state’s name. A majority of the original colonies got their names from the English, which makes sense, and when you move further west the names of each state generally originated from either indigenous native American language or the Spanish.

One notable exception is the state of Idaho, which is colored grey, or marked as unknown. To this day the state’s name remains a mystery. In the early 1860s, an eccentric lobbyist George M. Willing suggested the name “Idaho”, which he claimed was derived from a Shoshone language term meaning “the sun comes from the mountains” or “gem of the mountains”. Willing later claimed he had invented the name.

The most popular alternative explanation is that the name comes from the Apache word idaahe (“enemy”), which the Kiowas Indians applied to the Comanches they came in contact with when they migrated to southern Colorado). Either way, no one knows the true etymology of the Gem State. 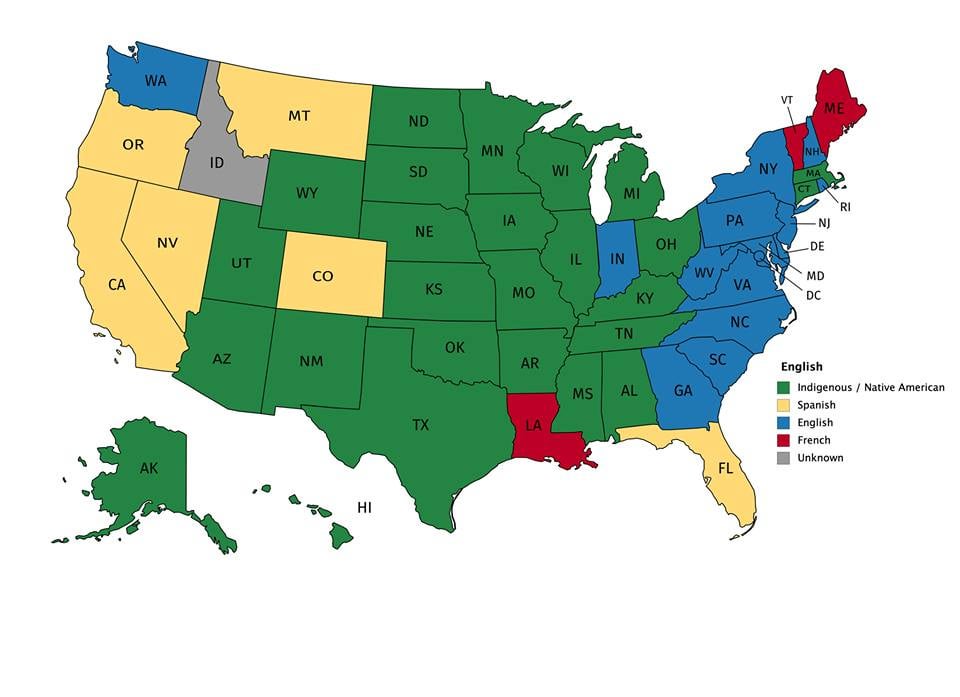