If a seven-day truce between the United States and the Taliban holds until Feb. 28, 2020, Afghanistan’s decades-long conflict may finally end. A peace deal could be signed as soon as Feb. 29, according to the State Department.

The draft accord follows months of stop-and-go negotiations between the United States and the Taliban, an armed insurgency promoting an ultra-conservative form of Sunni Islam.

The Taliban has battled the Afghan government for power for three decades. Since the U.S. invasion of 2001 following the 9/11 World Trade Center attacks, it has also fought the United States – an 18-year war that killed 2,300 American soldiers and more than 43,000 Afghan citizens. 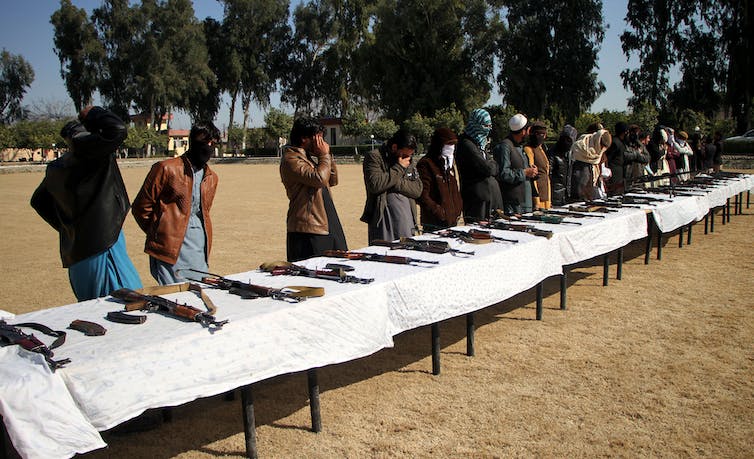 A peace deal with the Taliban would set the terms for a staged withdrawal of the remaining 14,000 U.S. troops from Afghanistan. In exchange, the Taliban must agree to enter talks with Afghan government officials and cut ties with terrorist groups like al-Qaida.

But peace in Afghanistan will take more than an accord. History shows that economic growth and better job opportunities are necessary to rebuild stability after war. My work on armed conflict, the environment and peacebuilding indicates that careful and sustainable use of Afghanistan’s abundant natural resources could be one path toward recovery. 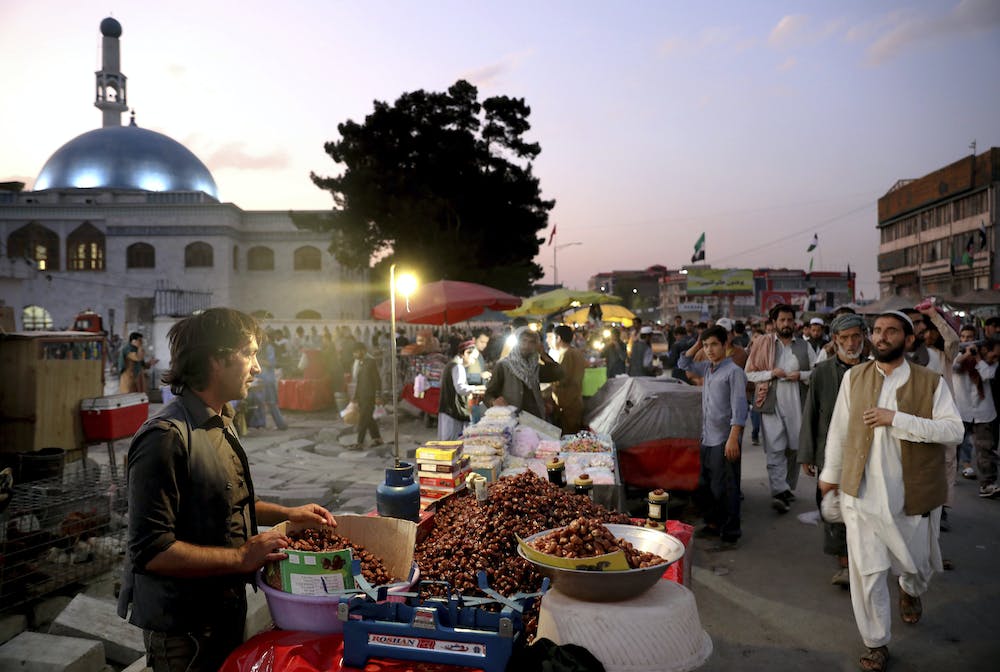 A market in the Old City of Kabul, Afghanistan, Sept. 8, 2019. AP Photo/Ebrahim Noroozi

Insurgent groups recruit people who desperately need an income. As Wired magazine reported back in 2007, the Taliban paid its soldiers far better than the Afghan government. Today, salaries for members of ISIS-KP, the Islamic State’s local branch, are reportedly even higher.

And since many fighters for insurgent groups in Afghanistan come from a farming background – and agriculture accounts for 40% of total jobs in Afghanistan – rural development will be particularly important for peacebuilding.

“Strengthening natural resource-related livelihoods can [provide] a future for youth who might otherwise join rebel forces,” says Carl Bruch, president of the Environmental Peacebuilding Association, a nonprofit organization that studies the relationship between armed conflict and natural resources.

The United States Agency for International Development, which also funds efforts to build the economy of post-conflict countries like Colombia and Democratic Republic of the Congo, sees sustainable economic growth as crucial for a peaceful and prosperous Afghanistan.

The export market for coveted Afghan agricultural products like cashmere, pine nuts, figs and saffron is one potentially lucrative sector of the rural economy.

In November 2019, several Chinese importers finalized a deal with Afghan companies to buy US$2.2 billion in Afghan pine nuts over the next five years.

Other agricultural exports from Afghanistan are finding their place in the world market, too. Grape sales brought Afghanistan $143 million in 2017. Tropical fruits earned $101 million. Afghanistan’s economy grew 2.9% in 2019, largely driven by agriculture. 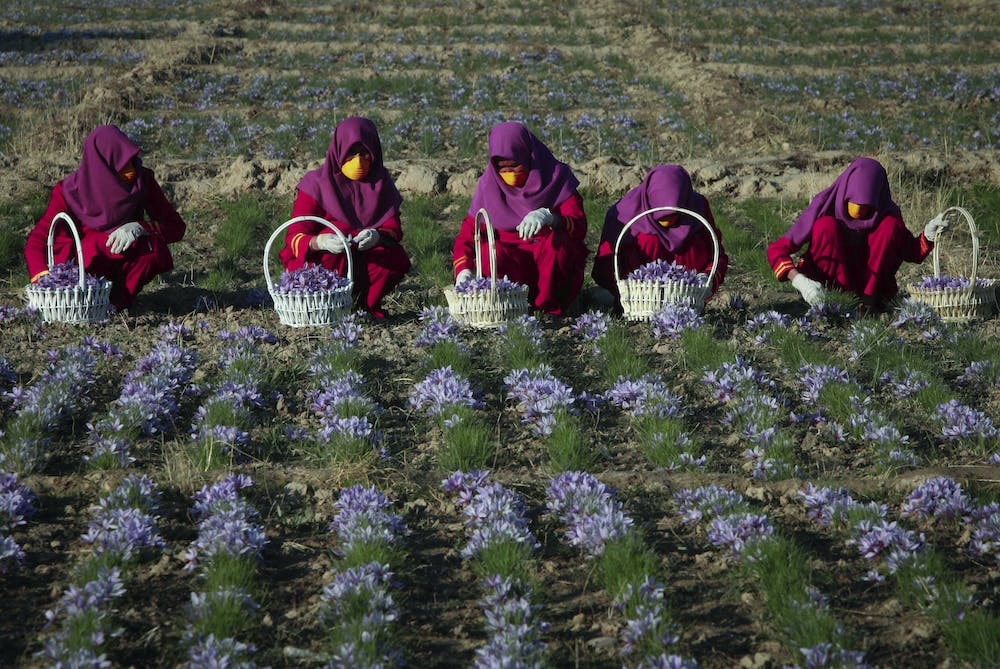 The Afghan government recognizes its potential as a global source of fine foods.

Recently, browsing in a local health food store in Los Angeles, I was surprised to come upon a bright red bag of Kandahar figs.

The distributor, Ziba Foods, told me that 80% of their workforce – both management and staff positions – is female, and that the company provides English lessons and other professional development to staff.

“We are committed to providing our Afghan staff with year-round employment despite the cyclical nature of the agricultural sector,” Ziba partner Raffi Vartanian said.

Emeralds are another Afghan product with the potential to drive economic growth. High up in the Hindu Kush mountains of Panjshir Province are buried vivid green emeralds of noted color and purity.

The inhabitants of Panjshir once sold these famous emeralds to finance their resistance to Soviet occupation. In a more stable future, these precious stones could provide substantial incomes for people in an area that’s too mountainous for farming or herding.

Afghanistan exported an estimated $100 million in emeralds in 2018, according to InColor Magazine, a publication of the International Colored Gemstone Association. In 2015, Christie’s auction house sold an Afghan emerald for $2,276,408, a record price for Christie’s.

Despite some recent road repairs, the mountainous and remote Panjshir region remains extremely difficult to get in and out of. With better access, improved technology and more training for miners, analysts estimate Panjshir could produce $300 to $400 million worth of emeralds each year.

If signed, the Afghanistan peace deal would come just over 40 years after the 1979 Soviet Invasion that triggered a cycle of armed conflict that has destabilized this Central Asian nation since. 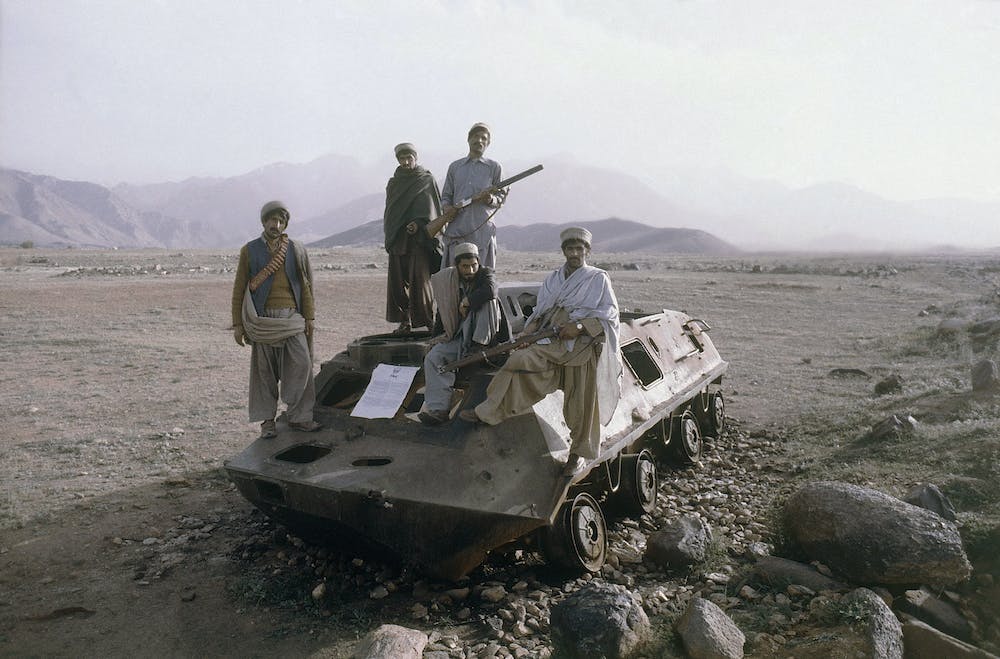 Afghan rebels on top of knocked out Russian armored vehicle in Afghanistan in February 1980. AP Photo

An estimated 2.5 million Afghans were killed or wounded during the decade-long Soviet occupation. The withdrawal of Soviet troops in 1989 left the country in chaos, vulnerable to the eventual rise of militant groups like the Taliban, al-Qaida and, eventually, IS-KP.

Though the 27.5 million Afghans under the age of 25 have only known war, the population is hopeful about their country’s prospects for peace. A recent survey by the Asia Foundation of 18,000 Afghans found that 90% of those surveyed strongly support efforts toward a deal with the Taliban.

Older Afghans remember happier times. My husband, who left Afghanistan as a young man after the Soviet invasion, has photo albums showing his family grilling kebabs and lounging in the rose-filled Paghman Gardens, just outside the city. Back then, beautiful Kabul was known as “the Paris of Central Asia.”

Many of Paghman’s lawns and palaces are now in the process of careful restoration – a hopeful sign after decades of destruction. 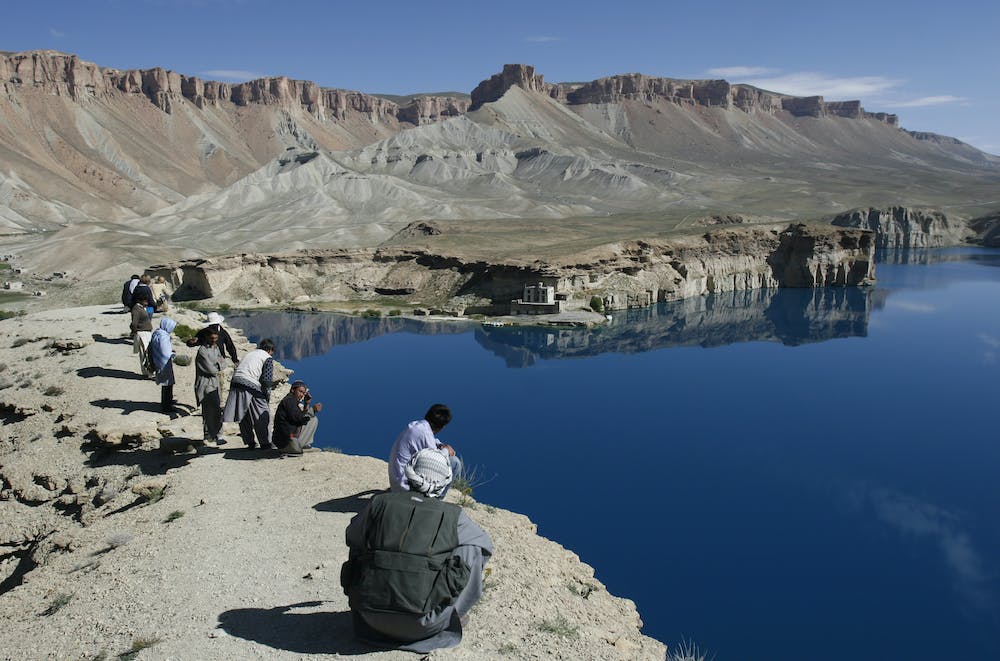 Visitors in 2009 at at a lake in Band-e-Amir, Afghanistan’s first national park. AP Photo/Rahmat Gul

In the 1960s and 1970s, Afghanistan’s spectacular natural landscapes attracted thousands of tourists each year, according to the Ministry of Foreign Affairs of Afghanistan. Young travelers who took the famous “Hippie Trail” – a 4,660-mile journey from London to Goa, India – would pass through Afghanistan.

Ecotourism is another industry that could develop in Afghanistan if armed conflict ceases.

A Taliban accord is necessary to end the Afghanistan war. But creating meaningful jobs and sustainable economic growth will help create a durable peace.

This is an updated version of an article originally published Dec. 10, 2019.

Elizabeth B. Hessami, Faculty Lecturer, Johns Hopkins University. This article is republished from The Conversation under a Creative Commons license. Read the original article.