👔 Welcome to our Business feed where we Tag important topics and Flag key takeaways from the world of finance. 📭 Sign up to our finance specific newsletter, The Street Sheet, to have these stories delivered directly to your inbox every Sunday. 📷 Cover Photo: Public Domain

The Wuhan coronavirus has had a significant human toll. More than 100 people have died and nearly 3,000 are known to be infected, including some in Australia. The number actually infected will be higher. People experiencing only mild symptoms often don’t report them.

The economic cost is as hard to tease out as the health cost, but there are clues.

They suggest the coronavirus will have little impact on the global economy, quite a bit in China, and some in Australia, which will most likely be short-lived.

China is bearing the immediate brunt

The impact in China is already apparent, with 35 million people under effective lockdown, air travel curtailed, and some tourist destinations closed. In a sign the virus might spread, five million people reportedly left Wuhan before the lockdown.

The Shenzhen and Shanghai composite stock market indexes fell 3.52% and 2.75% before they closed for what turned out to be an extended Lunar New Year break.

While China’s steps to contain the coronavirus will hurt its economy in the short term, in longer term they might contain the damage.

On one hand the world has become better at containment and treatment; on the other, it has become more connected. But previous pandemics can tell us a lot. 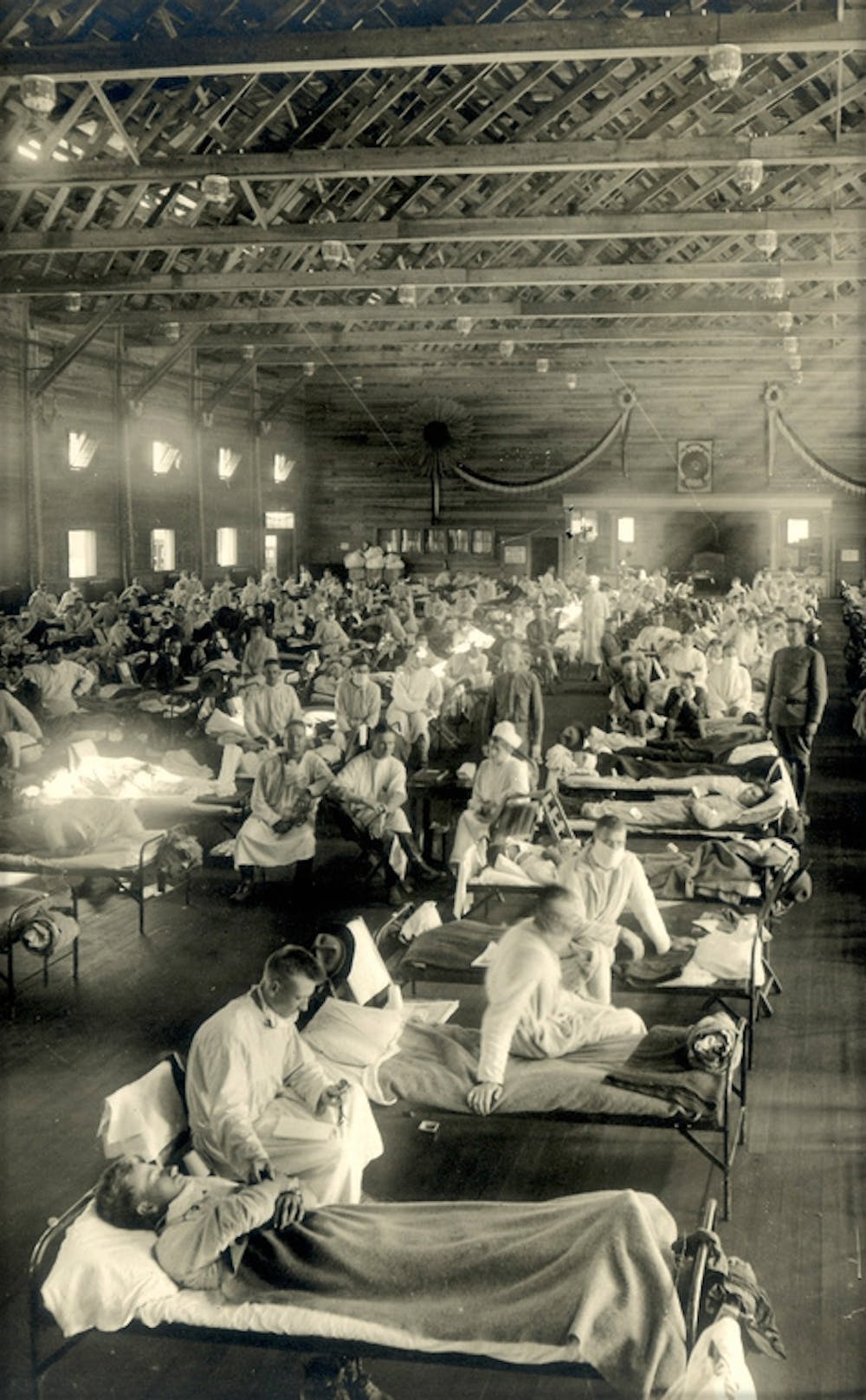 The US Congressional Budget Office believes such an event in 2006 would have cut US gross domestic product 4.25% below where it would have been.

1918 Spanish Flu: According to the US Centers for Disease Control and Prevention, the Spanish Flu hit 500 million people worldwide, killing as many as 50 million worldwide, including 675,000 in the United States.

The Congressional Budget Office believes a recurrence would cut United States GDP to about 1% below where it would have been. Similar countries would be affected in a similar way. The World Bank believes such a scenario would cut world GDP by between 1% and 2%.

2001-02 SARS pandemic: According to the US CDC, SARS infected around 8,100 people, with 774 dying, which was a 9.4% mortality rate. Its economic impact is open to debate. SARS mainly affected mainland China and Hong Kong, with one study estimating it cut their GDPs by 1.1% and 2.6%.

Read more: Should we be worried about the new Wuhan coronavirus?

But because the event coincided with the recovery from a global recession, the effect is hard to estimate. Other estimates are less pessimistic.

The economic impact was limited, with little impact outside of China and Hong Kong, as Australia’s Treasury noted at the time.

This one should be smaller

Here’s what we know.

Taken together these points suggest the coronavirus is unlikely to significantly affect the world economy.

Based on what we know so far, the impact on China is likely to be short-lived.

Read more: Are you in danger of catching the coronavirus? 5 questions answered

The flow-on effect to countries with a relationship with China such as Australia is likely to modest and and also short-lived.

Should infection or mortality rates spike, the impact could worsen.

Mark Humphery-Jenner, Associate Professor of Finance, UNSW. This article is republished from The Conversation under a Creative Commons license. Read the original article. Be sure to sign up for Tag The Flag’s nonpartisan newsletter to have articles like this delivered directly to your inbox every weekday morning.