Fears of the census may have informed the Bureau’s 2020 tagline. U.S. Census Bureau

More than 4 million Americans may not be represented in the upcoming 2020 census.

This is a problem, as the once-every-10-year census affects everything from federal funding to political representation to research projects that rely on accurate census data, like the ones my colleagues and I conduct at the University of North Carolina at Chapel Hill.

The 2020 census is fraught with uncertainty for a variety of reasons, including a lack of money, a growing distrust in government and the months of debate over the now-dropped citizenship question – which the Census Bureau itself called a major barrier to participation.

According to a report from the Urban Institute, an economic and social policy think tank, in the Census Bureau’s 2018 Rhode Island census test, “There were still reports that, despite the question’s exclusion, people did not want to answer the census because of immigration-related fears.”

Researchers who work with census data know that people don’t participate in the census for different reasons –- several of which may be related to fear over how data is stored and used. 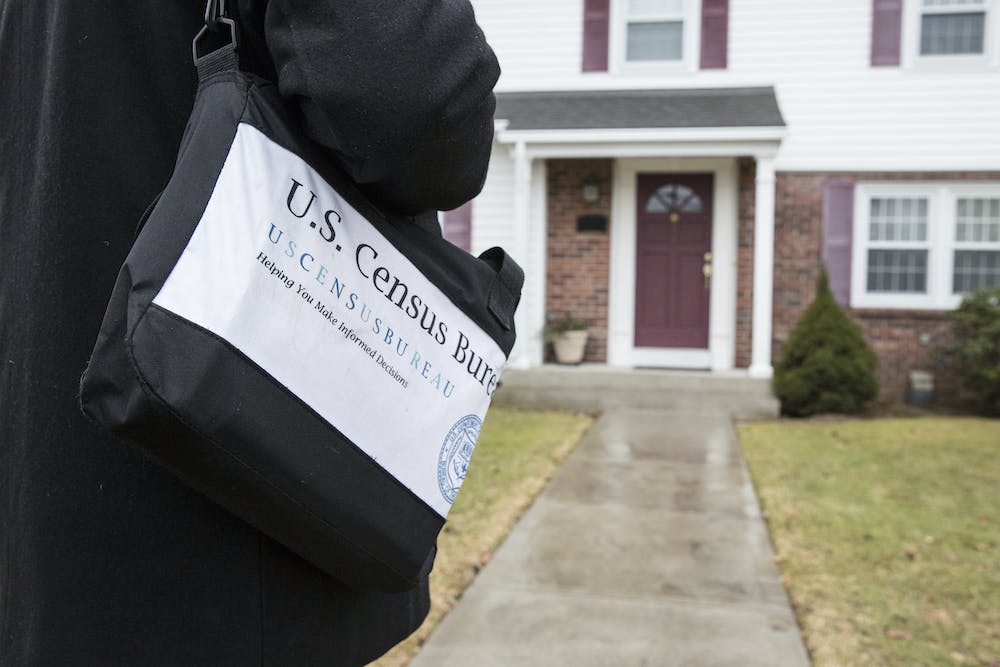 The Census Bureau conducted a survey in 2018 to better understand what attitudes the average American may hold about the census, and what motivates them to participate, if they choose to.

This data would ultimately help drive the bureau’s marketing strategy for the upcoming census, as well as identify key strategies for reaching hard-to-count communities.

A nationally representative survey was sent to 50,000 households across all 50 states. Approximately 17,500 people responded to the survey. These results were then weighted to represent all householders in the United States ages 18 and older.

The Bureau conducted 42 additional focus groups with audiences that are at risk of low census participation: racial and ethnic minorities, those with low internet proficiency, rural residents and people who recently moved.

They found a lack of trust in all levels of government, across all surveyed groups.

Roughly one-quarter of respondents were worried that their responses to the census would be used against them. Those most concerned? Non-Hispanic Asians, households not proficient in English and those born outside of the U.S.

A quarter of respondents were worried about data privacy and confidentiality. Racial and ethnic minorities were much more concerned about this than non-Hispanic whites.

Ten percent of the people surveyed believed incorrectly that the census could be used to “locate people living in the country without documentation.” Another 37% didn’t know if the data would be used in that way.

Over a quarter of households surveyed indicated a low likelihood – or no likelihood whatsoever – of filling out the census form this year.

In hopes of encouraging those least likely to participate in the census, the Census Bureau also sought to identify what would be most likely to motivate households to participate. They asked respondents to choose from a list of options which was “the most important reason, to you personally, that you should fill out the census form.”

Many of these same communities that were concerned about data confidentiality and privacy also said that they are more likely to participate in the census if they are made aware of its benefits to the public good.

Funding for public works projects was the most popular choice, with 30% of householders identifying it as their primary or most important reason for participation.

Most importantly, 69% of households who indicated that they were less likely to respond to the census identified community motivators as the most important reason to respond, compared to 58% of those with a high likelihood of filling out the census.

This information was used to inform the Census Bureau’s current ad campaign, “Shape your Future. Start here.” The Bureau’s director, Steve Dillingham, wants to encourage Americans to take part in a “once-in-a-decade chance to inform how billions of dollars in funding are allocated for critical public services like hospitals and health care clinics, schools and education programs, roads and bridges and emergency response.”

Threat of an undercount

If distrust in the census remains high, a significant undercount could take place this year.

Distrust and low participation tends to be highest among groups that have been historically undercounted in previous censuses: young children, renters, people of color and those who live in large households.

In my view, with roughly US$1.5 trillion in federal funding for programs that rely on census data, it is imperative that the census count be as accurate and complete as possible, and that individuals across the United States understand its impact.

Jessica Stanford, Demographic Analyst, University of North Carolina at Chapel Hill. This article is republished from The Conversation under a Creative Commons license. Read the original article.